One of the longest running chess festivals in modern times, Wijk aan Zee  came to a close this past weekend. There were 3 major events –all GM level–but the  ‘A’ tournament dominated as the centre of attention.  Not only does 99% of the major chess news services focus on this star-studded tournament, but the impression created by all of the build up and fan-fare is that Wijk aan Zee is the centre of the chess world for 2 weeks every January!

Nakamura after the tournament.  He becomes the first American to win since Seirawan’s surprise win in 1980.
This year’s winner was something of a surprise for most pundits–Nakamura–even though the American GM is no stranger to such top level tournaments.  In 2010 he finished a very respectable 4th place at Wijk aan Zee.  This year the 23 year old (born December 1987)  found himself counted as one of the 10 highest rated players in the world going into the tournament– and  he performed exactly like that!  Nakamura lost only one game-against Carlsen–but he really steam-rolled the bottom half of the table, scoring 5.5 points out of 6 against the tail enders.
[Event “73rd Tata Steel GMA”]
[Site “Wijk aan Zee NED”]
[Date “2011.1.26”]
[Round “10”]
[White “Nakamura, Hikaru”]
[Black “Vachier-Lagrave, Maxime”]
[Result “1-0”]
[Eco “D87”]
[Annotator “”]
[Source “”]

Amongst his colleagues the affable American has not been taken very seriously in recent times.  I am not sure why–Nakamura is one of the hardest working players at the top–but perhaps his addiction to bullet chess has something to do with it!
In Wijk aan Zee Nakamura was on a roll right from the first round when a soul-searching Grischuk over ambitiously sacrificed a piece for insufficient compensation.  With the White pieces in this tournament the American scored very impressively: 5.5 points out of 7 games.  With Black Nakamura played mostly aggressive systems (Dutch, Benoni-Kings Indian setups) against the closed openings–though he twice resorted to the solid and patient Nimzo-Indian/Queen’s Indian;  and Nakamura mixed his 1.e4 defences with the Sicilian and Caro Khan.
Overall, the impression is given that everything worked out well, perhaps better than it should have under normal conditions!  We will have to see how the rest of the year develops for him to see if this tournament was just an isolated success, or marks the arrival of a contender for the world championship.
___________________________________________________________

Alexi Shirov (born 1972) almost won the 2010 edition of this tournament, but found himself this year unable to get out of the starting gate and he seemed destined for the cellar. In all, Alexi lost 6 games (almost half of his games!) and his only victory was over the hapless Grischuk.  Even so, Alexi remains a favourite of fans and spectators everywhere.  His sharp and compromising style always leads to entertaining, brilliant chess.
I know Shirov very well and have worked with him on a number of occasions.  His recent results have been uncharacteristic of such a great player: at last year’s Grand Slam he finished in last place without winning one game; at the Tal Memorial he finished in second to last place–losing 4 and winning only once.  Combined with this year’s last place in Wijk aan Zee, it is probably time for Alexi to stop and take a look at what is not working and why.

As an observer and coach, it seems to me that there are 2 areas that Alexi must address.  First, he is soon going to be 40 years old and doesn’t look as healthy as he should be.  Second, Alexi’s Black-pieces opening repetoire has become an easy target for his computer-grinding, database focused colleagues.
In the first case, some players experience difficulties and changes when they approach 40 years of age.  Not all–Viktor Korchnoi, for example actually started to play better chess at that stage of his life–but most need to make adjustments.  The body changes–often weight gain with remarkable ease–yet the mind continues to think that it is still 20 years old!  Alexi is one of the most active GMs in the world and has one of the busiest schedules of any of the elite.  He almost never takes a break, and this can have negative  impact on his play and results. In chess energy is everything, and when we are young we don’t think much about this because we seem to have an infinite supply of it.  But when the body starts to age we soon realize that energy needs to be replenished from time to time.   In Wijk aan Zee he lost 21 rating points, and if Alexi is to remain one of the elite players then he can not afford too many similar results.
In the second case–his opening repetoire with the Black pieces–I think that Alexi needs to be less predictable and more practical in his approach.  In the past year-with very few exceptions–he almost always answered e4 with e5 (favouring the Bc5 Spanish lines), and against d4 he answered d4 with d5.  His results do not justify such confidence in having a limited repetoire, and in the case of his specialty–the Cambridge Springs Defence–I count not less than 5 defeats and no wins in the past 12 months at the classical time control!  At Wijk aan Zee he scored back to back losses against Aronian and Anand, the latter being especially painful. 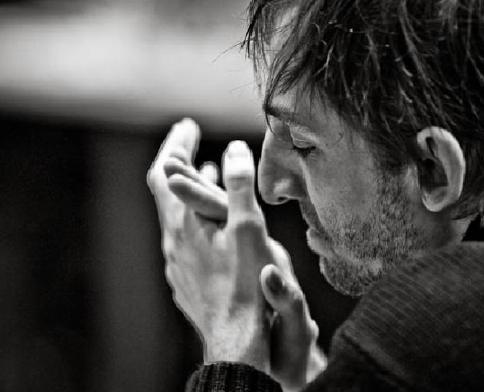 Alexander Grischuk (born 1983) reminds me a lot of Boris Spassky.  Tremendously gifted  and possessing enormous will power; though seemingly always needing a good reason to push himself.   In Wijk aan Zee Grischuk never seemed to be in the race for the top spots.  Before that tournament I was curious about how ambitious the Russian superstar would be given that he must be very focused on the upcoming Candidates in several months time. (I believe that he is capable of winning it!) Would he treat Wijk aan Zee as a warm up tournament or would he reveal his opening preparation and secrets in a seriouls effort to win first prize?
In the end, it appears that Grischuk could not decide what he wanted and his final result was a bit of a disappointment to his fans.  His chess lacked the class and practical fighting qualities that have become his trademark .  While Grischuk did not run away from complications and struggles in his games, he seemed too unrealistic (optimistic) in assessing his chances and found himself risking too much when ordinary moves might have been wiser.  His failure in this tournament was, in my opinion, more noticeable than Shirov’s, though he managed to escape last place.
GRISCHUK

NAKAMURA
In round 1 we were to get a glimpse of where Grischuk’s head is at.  In a complex position–instead of holding tight and defending–he tried to take control of the game with a blitz-game style sacrifice: 18…Bxg4?!  It did not work and he soon found himself with no good moves left.

Here Grischuk played the superficial 16…Rxf3?! instead of the quite acceptable 16…Qf7 and 17…Nxd5.  Hao only needed to play a couple of precise moves inorder to achieve a winning position. 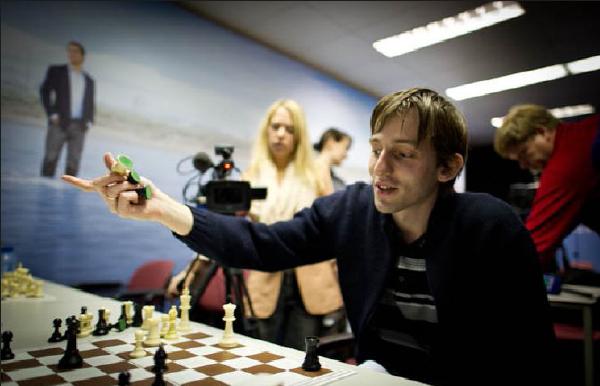 SHIROV
The position after 24 moves.  Grischuk is, once more, down material but has a very solid-looking position.  But once more Grischuk had mis-judged his chances and failed to take into account the resources in White’s position.  Shirov won his only game of the tournament.

Grischuk has played with typical disrespect for material.  A dynamic position has resulted, but one where it is necessary to play with precision and finesse: qualities that Grischuk did not show in Wijk aan Zee.  Here Grischuk should play  26…Rc8, a move that the engines consider slightly better for Black.  Instead, he played the common pawn-grubbing 26…Bxe4?! and his opportunities evaporated quickly.

I thought it was a kind of mistake for Mark to participate in the ‘C’ tournament instead of playing in the prestigious open tournament in Gibraltar. While the ‘C’ tournament is not a bad tournament in its own right (Category 11; Mark was ranked 3rd before the start), Mark had little to win by participating: the ‘C’ tournament has no superstars, no prestige and is always recorded just as a footnote  to Wijk aan Zee’s ‘A’ super-tournament.  Psychologically it is difficult to maintain focus on your priorities and play your normal game when the world attention, the spectators and the world chess press ignores your tournament.   Even the first prize –1,000 euros–is noticeably inferior to the 10,000 euros first prize in the ‘A’ tournament.
We will have to wait to read Mark’s personal observations on the tournament and his own performance, but from what I can read between the lines by playing over his games is that half way thru the tournament Mark was already playing well below his normal game strength.  He could have  very well have been negatively influenced by the exceptional circumstances under which the the tournament was held.
In anycase, Mark was able to salvage his reputation by winning his last 2 games and finishing with plus-2, limiting his rating loss to 6 points. His last round opponent–the very strong Serbian GM Ivan Ivanisevic–found himself with a lost position right from the opening!  The highlight of the game was Mark’s 22nd move:
IVANISEVIC

Mark has taken a year off to play chess since graduating from the University of Toronto.  His next tournament will be the very strong (and prestigious) Aeroflot tournament which will begin shortly.  After that he will head back home for a rest.
There is no doubt that Mark is an exceptionally talented chess player, perhaps one of the very best of his generation.  In Wijk aan Zee , with the possible exception Ivanisevic (whom I know quite well), Mark was clearly the best player in the ‘C’ tournament, but was unable to show it.
Lack of motivation might also be another factor in Mark’s performance.  Mark has played in much better tournaments (the Montreal Internationals, which allowed Mark the opportunity to play such superstars as Ivanchuk, Nakamura, Kamsky and others).  It might be worth considering for the future avoiding participating in such tournaments.  Also at the last Canadian Zonal Mark failed to win even though he was 10 times better than anyone else in the tournament.
SPRAGGETT ON CHESS
Share