Week in review and other stuff

GELFAND TO PLAY ANAND FOR WORLD TITLE IN 2012

By now everybody knows that Israel’s Boris Gelfand (age 43) defeated Russia’s Alexander Grischuk (age 27) in the 6th and decisive game of their Kazen finals-match.  This qualifies Gelfand for a title match next year against reigning world champ V.Anand of India.
Good or bad, controversial or not, FIDE runs the show and decides what the rules are.  Only Norwegian wonderboy Magnus Carlsen objected and refused to play under the Kazen rules…the other participants claimed to not understand Carlsen’s objections and happily played.  A cool $500,000 in prize money was awarded.  The world champion match next year is expected to be approximately 2 million dollars.

Excerpts of an intersting interview with the Russian champion, Alex Grischuk, were published on the great site Chess In Translation , where Grischuk spoke candidly of circumstances surrounding the Kazen candidates matches.
Sasha, can you give us a few of your thoughts about this cycle. You were included at the last moment and, according to the old chess legend, had the best chances.
”I must say it was a very interesting time – it really was very interesting to play. I had quite a strange feeling: I couldn’t imagine losing, but on the other hand, I didn’t believe I’d win.”
Perhaps because your opponents were probably the strongest in the tournament, Aronian and Kramnik…
”It wasn’t about my opponents. From the very first match I couldn’t imagine losing. Well, and then I didn’t lose in general. In the final as well, I couldn’t imagine losing, but there I did lose.”
When we met for the last time before the matches in Wijk aan Zee, you said you’d used up all your failures. Did you therefore expect to do well in Kazan? (Translator’s note: here are some of the highlights of Vasiliev’s reports from Wijk, including more from Grischuk.)
”After Wijk aan Zee I wasn’t in the best mood, of course. I then went on to play very badly at the Aeroflot Blitz, not even qualifying for the World Championship. There were five places on offer there, and I finished seventh. Overall, I was worried I’d forgotten how to play chess…”

Some of your detractors accused you of “cowardice” on internet forums, saying that in every match you were only dreaming of getting to the tie-breaks…
”I think that’s nonsense. In any case, someone who’s trying to win a match does it any way he can. First of all, against Aronian all the games were fighting, while against Kramnik you could say that I did have the tactics you just mentioned. In fact, I simply didn’t know what to do. I didn’t want to go for a worse position with White just because I was playing White: well, a draw’s a draw, and it’s still all to play for.”

Grischuk also spoke of the future of chess, reminding this writer much of what the great Capablanca once said of chess back int he 1920’s….
”I think, in general, we’re witnessing the burial of classical chess. Two decisive games in 21; that’s about the same as in checkers. On the one hand, that’s a great disappointment – to keep playing such boring games, but on the other hand – maybe we’re doing a good thing….”
”Boris and I have an excellent relationship, but on that point our opinions differ. He thinks my statement about “the burial of classical chess” is complete nonsense, while I still think that classical chess doesn’t have long to go. Why did I mention it while I was still winning matches? Because when someone’s losing people put it down to that – the man lost so that’s why he’s talking like that. But I said it when I’d won a match, and then another. And now I still don’t see any prospects for classical chess.”

You think we need to switch to rapid chess?

The great Capablanca (world champion from 1921 to 1927) once proposed changing the rules of chess , including making the board bigger by adding on a couple of rows, arguing that chess was beginning to be worked out  a little too much for a board game.
While this is an interesting but controversial idea, I don’t adhere to it nor do I see this as being the underlying reason why there were so many draws in Kazen (or in most top-level tournaments for that matter).  I think that any match between 2 high level players should demonstrate the difficulty–if not impossibility– in winning game after game: having more draws than decisive games is only logical. After all, how many tennis matches between great players lasts 5 hours or more?
While it is true that databases and up-to-date information has made competition in chess tournaments a more balanced field, the nature of the struggle in chess has not changed very much.  My own perspective is that most of the safe-playing demonstrated by the top players in Kazen is the result of fear of losing ELO rating points (as opposed to losing the game).
Should FIDE allow these top level qualification tournaments/matches NOT to be rated?  I think so…I believe that the players would begin to play riskier openings and at the same time no fear losing their international status.  Everyone –spectators included–would be satisfied by the result, I think….
___________________________________________________ 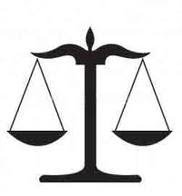 CHEATING DOESN’T PAY IN FRANCE
The 3 French players accused by the FFE of participating in a cheating-scheme using hi-tech during the last chess Olympiad (2010) have had a difficult and frustrating week.
GMs Feller and Hauchard, as well as IM Marzolo, have been suspended for 5 years.  In addition, Hauchard–a friend of mine for more than 20 years–will never be allowed to train or captain a national team (selection) for the rest of his life.  This is the outcome of the players exchausting their appeals (following the FFE sanctioning the 3 two months ago) this week, as described in an earlier blog (May 25).
On Friday all 3 players were ordered  to pay 1,000 euros for the cost of a last ditch appeal.  Making things worse, the FFE has started  a legal action for alleged libel and defamation by Feller stemming from written comments he made about the FFE. 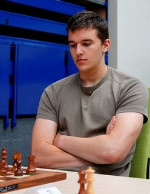 The Calgary International came to an end last week with 2 players tieing for 1st prize:   Jesse Kraai and Enrico Sevillano with 6.5 points each.  Congrats!  Co-Canadian Champion Eric Hansen, Ed Porper  and darkhorse Dale Haessel finished just a half point behind with 6 points.  I understand that Dale earned his first IM-norm.  Congrats!  You may want to see the games here.

This tournament, which was both FIDE rated and CFC rated, demonstrates part of the growing problem with the 2 rating systems.  Or more precisely, how the CFC rating system is becoming less reliable and out of control.  Hansen gained 4 ELO points (FIDE) for his score, but LOST 16 CFC points in the process!
The reason, of course, is that the CFC ratings have become inflated by up to 250 points for Canada’s top players.  This recent phenomenon–perfectly predictable– is the result of a little known motion that was snuck in under the radar in early 2008 when the CFC governors were 150% concentrated on the re-structuring and selling of assets that was taking place and did not even discuss the proposed changes to the rating system.  Worse still: the governors voted for the motion, even though NONE of them understood it!
Roger Patterson wrote  several times last week about this problem:

”The consequences of governors proposing and making arbitrary changes to the rating system is instability in the rating system and a loss of confidence in the rating system. In particular I will quote Stephen Wright from Governor’s Letter GL 7 (2006-07) on the motion establishing the Stockhausen proposal for bonus points: “is there any mathematical/scientific basis for the motion? For that matter, there was a ratings boon some 18 months ago – have there been any studies to determine if this had the desired effect, or whether further modification (possibly including this motion) is required? Is the rating system being overseen on an ongoing basis?”. No answer and it was voted in with the predictable consequenses.
I suppose the governors have the right to move that they want the rating system to have particular characteristics (e.g. a system that scientifically attempts to measure strength as it is now versus a system like bridge which is ever rising) but they do not have the right or the expertise to vote on particular mathematical formulisms or bonus point proposals. That is the right of the rating auditor or a technically competent committee.’‘
My own view is that the problem, as serious as it is, can be reversed by throwing the Stockhausen/Craver motion in the garbage (where it belongs) and then   re-calculate   the ratings of the top players for the past 2 and a half-years, in the process of which the FIDE and CFC ratings will become atleast relative to one another.

CFC GOING TO BE BANKRUPT IN 6 MONTHS TIME???

My spies tell me that it is very possible that both Bator Sambuev and Eric Hansen will take the CFC to court as a result of the way the CFC bungled the play-offs in the Canadian Championship which finished earlier this month.
As you will remember, both players finshed with 7.5 points and the rules required a play-off to break the tie and decide who will get the boasting rights for the title.  HOWEVER, more than boasting rights are at stake: the winner also has the right to play on the next National Team and to represent Canada at the World Cup.
The CFC Prez Bob Gillanders and the tournament organizer Hal Bond decided otherwise, making public false-information that Bator would not be exercising his right to represent Canada (most likely because Bator had just recently changed his federation to the CFC but had not yet paid the required 5,000 euro fee ), and mis-leading Eric Hansen into thinking before the play-off match was held that the World Cup was taken off the table and already his right!

The Cheech and Chong  (or is it Bonnie and Clyde ?) of Canadian Chess
Since then, numerous emails have been exchanged between the interested parties, and now it seems that Bator Sambuev wants to exercise his right to play in the World Cup.  This ofcourse upsets Eric Hansen very much (naturally).  Now both sides are considering legal action.
My own take on this is that the rulebook is clear: Sambuev’s rights are unquestionable.  Eric Hansen lost the playoff match and hence has no legal rights to claim going to the World Cup. However, the CFC got their signals crossed and promised something to Hansen that they had no right to make.

I learned of Ed Glinert (father of Stephen Glinert) suddenly passing away last week following a stroke.  My condolences to the whole family.  I met Ed several times when I played in Toronto, and he always struck me as a nice fellow and a great father.  For those who don’t know, Ed was founder of Canada’s largest independent music publishing house (Casablanca Media Publishing)
SPRAGGETT ON CHESS
Share