Wednesday tactics and other potpourri

gm  BRUNELLO
From today’s round in the Italian Championship.  Here White played the imprecise 35.Qd3 (which never the less still maintains a certain advantage).  INSTEAD, White has a relatively straightforward path to winning
WHITE TO PLAY AND WIN!
—————————————————————- 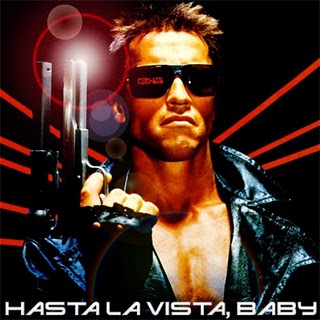 From the Marcel DuChamp Memorial taking place right now in Buenos Aires.  Position after White’s 19th move.  Castling on opposite sides is quite common in the Scandanavian Defence.  Here Black has succeeded in opening the g-file.  Now if only there is a way to take advantage of it…
BLACK TO PLAY AND WIN!
———————————————————–

3.
A nice positional massage.
The following game was played in today’s round of the Tchigorin Memorial in St.Petersburg.  It features White giving up his Queen for R,B and Pawn and then proceeding to outplay his opponent.  It would be to the reader’s benefit to carefully study how White did it…

In an off-beat line of the Philidor Defence, Black varied on his last move (13…Pxe6) from the previously known 13…Nxe6.  This whole opening line is tricky and White must be careful: the position of the Queen on b6 combined with the open f-file can lead to sharp tactical themes. .
Here Areshchenko decided to test Black’s concept:
14.Bxd6!  Rad8

I actually like White!  He has a very solid position and the Bishop pair.  Combined with a lack of weaknesses, this bodes well for a long-term battle.  Whenever a player has a Queen vs R,B,P, it is important for the Queen to find activity.  Otherwise she will easily be dominated and forced from the central squares.
In the next few moves White starts to improve his position:
17…h6  18.Kh2  Ncd7  19.e5  Nd5  20.Ne4

Is Black lost?  His position is definitely becoming depressing,but I doubt he is lost in the position above.  Above all, he must quickly find counterplay.
IN THE GAME continuation, Black  lost faith in his chances and quickly went downhill.  After 27 moves the position was desperate:

WHAT IS THE FASTEST WAY FOR WHITE TO WIN?

…but I would be VERY prudent and not tell your grandmother!
Share