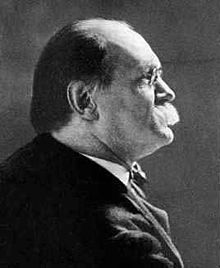 January 30, 1841 – April 10, 1911
”Samuel Loyd, born in Philadelphia and raised in New York, was an American chess player, chess composer, puzzle author, and recreational mathematician.  As a chess composer, he authored a number of chess problems, often with interesting themes. At his peak, Loyd was one of the best chess players in the U.S…”wiki link
What chessplayer does not know the name Sam Loyd?  Perhaps they might not know who he was or what he did, but they must certainly know the name!  One of my prize books in my chess library is a weather-beaten copy of Alain C. White’s Sam Loyd and HIs Chess Problems.
In honour of this anniversary, below is Loyd’s very first published attempt at chess puzzles:  N.Y. Saturday Courier, 14th April, 1855.
WHITE TO PLAY AND MATE IN 3 MOVES!

No doubt people will be talking about the just finished Candidates Tournament for a long time to come, regardless of who wins the upcoming WC match between Anand and Carlsen.  The use of tiebreaks, or more specifically–the arbitrary use of tiebreaks is a controversy that will be revisited time and time again in the future when similar qualifying tournaments need to be planned.

Ex-world champion Garry Kasparov weighed in on this subject (and more!) on LINK  and provided some insightful remarks that I happen to concur with:
”The regulations were ridiculous. Who established such rules? You can’t pick a candidate based on tiebreakers! And why did the main one turn out to be the number of wins and not the Sonneborn-Berger score?
It’s absolutely essential for such qualifying tournaments to have a play-off match with a normal time control between the top two, even if it’s not a tie but one of them finishes ahead of the other by no more than a point. Only if that match ends in a draw should the tiebreakers be taken into account.”
HE LATER ADDED:
”The tournament showed Carlsen’s weaknesses in terms of the opening and his ability to play deciding games. For example, the final round was the game of Magnus’ life, and he lost it. He got lucky that his rival also succumbed.
Who did Carlsen beat in this tournament? The bottom half of the table. Against his strongest rivals he didn’t play convincingly.
His style also isn’t fully-developed. For instance, in the final game against Svidler he had to choose 30.Bh8! instead of 30.Bh4. That’s a different kind of chess, however, and Magnus doesn’t yet play that way.
Anand is an experienced fighter and is capable of playing a strong match. Nevertheless, if Carlsen does some work and eliminates his flaws he’ll undoubtedly win, because at the moment he plays chess better than Anand. Incidentally, Kramnik also plays better than Anand.
It’s hard to call me a big Kramnik fan, but he really did play brilliantly. That was one of the best tournaments of his career.”

It appears that this match will take place in India, but I would not be surprised if another bidder comes forward in the near future.  Kirsan gave the Indian organizers the right to hold the match, but did Kirsan follow the correct rules in awarding this match without considering alternate options?  It would not be the first time that we have seen this kind of decision…only to have the match held somewhere else!  Stay tuned… Personally, I would have picked Carlsen as a big favourite to win the match against Anand, but after seeing him choke in London (Carlsen lost 2 of his last 3 games), I think that I would have preferred Kramnik’s chances against Anand. Many observers have already mentioned Carlsen’s relatively weak opening repetoire for a world title-aspirant, but all seem to have ignored an even more relevant failing: the Norwegian too often is content playing second-best moves in the middlegame, relying too much on his fabulous endgame technique and youthful energy. 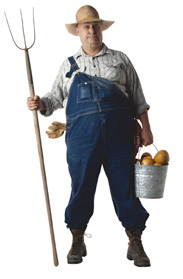 You can take the man out of the farm, but you can not take the farmers out of the CFC leadership
” The Canadian Zonal Rules are in Gross violation with FIDE rules for Zonals” began an official report  by CFC governor P.Denommee presented at the latest online meeting of Canada’s national chess organization.  My regular Canadian readers, who have been following my blog since its inception in 2009, are not surprised by the Quebecer’s finding : it is well known —both inside and outside of Canada–that almost EVERY major decision taken by the CFC leadership in recent years has been in some way a GROSS violation of some existing rule (or law) , OFTEN including the CFC’s very own rules and constitution!

Just recently–last month– the CFC president, Mickey Von Klutz, suddenly resigned his position as head of the CFC, leaving everyone dangling and guessing as to  why he did so mid-term.  After all, what does it matter if the membership was still declining and the organization’s financials still had welfare status written all over them–his fellow Executive members were just as guilty as he was and they had no intention to resign!
The mystery was cleared up several weeks later when it was announced that Von Klutz would take a paying position within the CFC starting May 1st–collecting a cool $50k a year as Executive Director!  Well done, Mickey!  Not bad an achievement if you overlook that  it was his  CFC colleagues and friends who chose him over 4 other ( more qualified) candidates!  SHUCKS, THAT’S WHAT REAL FRIENDS ARE FOR!
Having ABSOLUTELY no work experience or relevant qualifications, Von Klutz’s responsibilites will include, besides signing his weekly paycheck, to input rating data into software that will calculate CFC ratings and then having to press the RUN button.  There are also some administrative duties, such as licking envelopes and occasionally answering emails.
I am certain that my readers wish Von Klutz the best of luck in his new job, and hopefully he will not break a nail inputting all of those numbers….

The April online meeting of the CFC just wrapped up the other day.  As usual, nothing relevant  or concrete was accomplished. Sponsorships? Membership drive? Fundraising campaign? What to do about falling membership and dwindling income?
No, none of these IMPORTANT topics were deemed important enough to make the AGENDA of this meeting.
Nor was what to do about this year’s (lack of ) Canadian Zonals (male and female)– it was not even seriously entertained.  Nor were any recommendations proposed about conforming with the government’s new legislation regarding the updating of the Canada Corporations Act.  Nor were other important items discussed…SO WHAT EXACTLY WERE THEY DOING AT THIS MEETING?

It was ”business as usual” at the April online meeting!  Good feelings all round….
Share