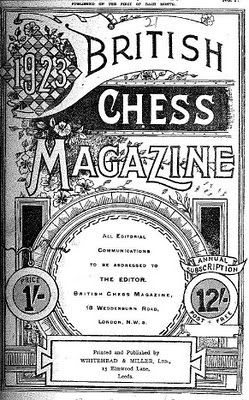 BCM (British Chess Magazine) is threatening to close its doors!  The privately owned magazine was first published in 1881 (!) and has seen better days, no doubt, but news of impending doom has caught many off guard.

http://streathambrixtonchess.blogspot.com/
One of my favourite reads each day is the SBC Blog (above) and today it featured this news on its blog:
———————————————————–
W(h)ither the British Chess Magazine?
”Given everything that’s going on it seems rather strange that it should be so difficult to make a profit publishing a magazine devoted to Planet Chess, but that’s economics for you. Apparently the situation has become so dire that the British Chess Magazine has resorted to an email appeal for new subscribers. 200-300 more in the next few weeks or it’s curtains, they say…
…I rather fear that requests for the chess public to subscribe to the BCM out of sympathy are doomed to failure. The structural problems facing the print media as a whole not withstanding, however, it is just possible that the BCM editor – albeit inadvertently – might have given his employers a hint as how they might start to dig themselves out of their predicament.”
________________________________________________
I have to confess that I am not (nor have I ever been) a subscriber to BCM, though I can attest to the high quality of content and editorship from the numerous copies that I have devoured in the past.  But like most chess enterprises, magazines must compete in order to survive. Today on the internet one finds everything, immediately, and for free.  What chess magazine can better that?

Amazon has cut into the profits of virtually every book seller on the planet, and no doubt this was one of the reasons the CFC book sales dropped around the turn of the century.  Surely CMA’s subsidary Strategy Games has also felt the pinch.  My brother in law buys chess books regulary and mostly from Amazon: it is generally cheaper, faster service and more direct than ordering from shops that are actually located on street corners…

My own practices have changed with the arrival of the internet, I confess.  I rarely buy chess magazines anymore and I am much more selective in the books that I buy–which translates into buying no more than 3 or 4 a year.  Magazines are fine when you are travelling and waiting at train stations and airports, but the internet is king at home.  Besides, magazines tend to clutter and take up space…some of us are reluctant to part with them!
Ofcourse, the real  facts are counter-intuitive: there are more magazines today than at any time in history, internet or not!  You can not replace the feeling of a well done magazine in your hands by an image on a computer screen. Yes, ofcourse there is more competition and it is tougher, but the market is out there and all you need is the guts (and money) to go in and carve out your niche.
We should not confuse this topic, however, with the CFC’s magazine debacle in recent years.  Poor judgement, lack of foresight and downright greed are some of the reasons why the CFC no longer has a magazine.  In the time of Chris Mallon’s abuse of the CFC presidency, he increased the budget of the magazine by 50%–his friend Robert Hamilton was editor and it must have seemed like a nice way to sink the CFC fast. 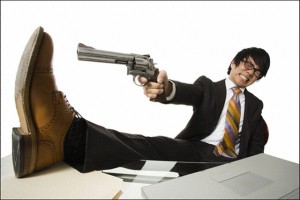 CFC has a knack for shooting itself in the foot
Then David Lavin showed that success in one field is not necessarily transferable to other fields when he summarily executed the magazine (2008) and failed to replace it with a viable alternative.  The so-called ”e-zine” replacement was not given a realistic budget and so it soon sinked into the Atlantic…the flip side of the debacle is that Lavin was able to argue that the magazine actually made a profit that year (!)–the CFC collected membership dues (a magazine was supposed to be part of the deal) while not spending more than a fraction of what it would have paid had a magazine existed.
No doubt Tony Ficzere’s pdf is better than nothing, but it is certainly no substitute for a magazine.  Besides the growing criticism from some quarters of the Victoria Chess Club–in Roger Patterson’s household Tony’s pdf has a half life of 7 seconds before the delete button is pressed–only a fraction of the CFC membership actually receive it!  Apparently the CFC has been collecting dues without asking for email addresses…. 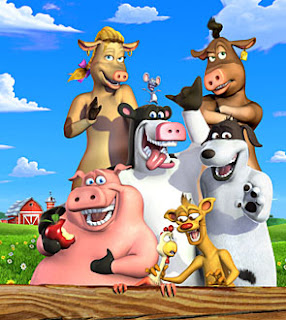 Facebook and Twitter has potential to embarrass and expose the CFC to more ridicule
And ofcourse, we all know now that the CFC is going to have a FACEBOOK page and a TWITTER account.  Maybe, with a bit of luck, the CFC might even have a new website–though that happening anytime soon –and actually being something that one might be proud of —might be pushing our luck.
I am reminded, however, of Hemmingway’s observation ”Don’t mistake motion for action.”   The CFC is a dead in the water federation, virtually bankrupt and lacking leadership.  Creating Facebook and Twitter accounts is probably just a tactic to avoid tackling the real problems in the federation.  And better: it costs absolutely nothing.
Bob Armstrong has volunteered to handle these accounts (God , isn’t there anybody out there with a real job who wants to contribute?) and he adds that the contents will include ”…daily posts about the CFC, facts, politics, opinion, chess events, etc.”
Notice that he doesn’t mention ”truth” and ”scandal”??
But, regardless of such cosmetic changes to the CFC, the last word is spoken by the membership: they have all but given up on the CFC’s leadership.  Facebook and Twitter might simply be the last nails in the coffin.
SPRAGGETT ON CHESS
Share