A married couple were on holiday in Jamaica. They were touring around the market-place looking at the goods and such, when they passed a small sandal shop. 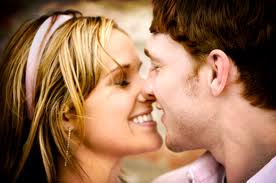 From inside they heard the shopkeeper with a Jamaican accent say, ‘You foreigners! Come in. Come into my humble shop.’
So the married couple walked in.
The Jamaican said to them, ‘I ‘ave some special sandals I tink you would be interested in. Dey makes you wild at sex..’
Well, the wife was really interested in buying the sandals after what the man claimed, but her husband felt he really didn’t need them, being the Sex God that he was.
The husband asked the man, ‘How could sandals make you a sex freak?’
The Jamaican replied, ‘Just try dem on, Mon.’
Well, the husband, after some badgering from his wife, finally gave in and tried them on.
As soon as he slipped them onto his feet, he got this wild look in his eyes, something his wife hadn’t seen before!!
In the blink of an eye, the husband grabbed the Jamaican, bent him over the table, yanked down his pants, ripped down his own pants, and grabbed a firm hold of the Jamaican’s thighs.
The Jamaican began screaming in panic: ‘You got dem on de wrong feet!’
(Thx, Al!)
Share