For the past 20 years or so FIDE Honorary Vice President and President of the Qatar Chess Federation, Mr. Khalifa Mohammed Al-Hitmi has done a great deal to promote chess in Qatar,  as well as amongst members of the Arab countries and even all thru Asia.  In an interesting and very frank  interview at ChessDom, he spoke of his interest in bringing the chess Olympiad to Qatar  as early as 2016 , the  time that a small group in Toronto would like to do the same:

Is the Toronto bid going belly-up? 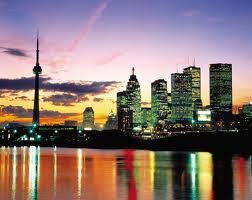 MEANWHILE,  back in Toronto there is very little  information about what kind of progress is being made as the May 2012 deadline to  present a detailed bid  to FIDE approaches.  However, some ominous signs that the bid is falling apart are beginning to appear. Some people have become disenchanted with the way things have been run and have left the project for good.
Several weeks ago FIDE let it be known that any 2016 bidder should seriously consider adding on a side-bid for the 2015 World Cup.  Such an add on would entail an extra $2 million to $4million committment by the bidder.  Add that on to the $20 million to $25 million pricetag that has been put on holding an Olympiad in Toronto and try not to laugh….or cry.

A while back on this blog  I wrote about Toronto’s bid.  At the time I mentioned the ”official” link which, while it  included very little real information or substance, atleast gave a list of committee members and their photos.
NOW, however, that list has disappeared (and their photos) and only David Cohen’s name and mug shot remains.  Is this an indication that the committee has disappeared also? Could be, but the real question is whether this is indeed a case of  the rats leaving a sinking ship?
SPRAGGETT  ON  CHESS
Share