http://www.fideamerica.com/
I noticed today that the American continental championship will take place in Mexico between the 19th and 24th of April in the city of Toluca.  Initially slated for sometime in or after September, FIDE’s change of dates of the World Cup to August forced the Mexican organizers to pull their act together a bit faster than they had planned.
Six will qualify from the tournament for the World Cup.  Virtually anyone can play, provided their rating is over 1200 (that is everybody with a pulse).  Everyone has to pay their own expenses, though atleast 1 representative from each country in the Americas will get free lodging.

GM  ANTON KOVALYOV DROPS OFF FIDE RATING LIST
(again!)
Infact, all of Argentina has dropped off the FIDE radar!  FIDE regularly removes the ratings of players from countries that don’t pay their FIDE dues on time.  Apparently the Argentine Chess Federation (FADA) does not consider paying FIDE on time a very high priority when the end of the month comes along. 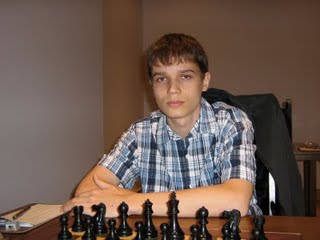 CFC CONTINUES TO IGNORE  RATING CRITICISM
Well, this should not surprise anyone.  The CFC regularly ignores its problems.  I have mentioned here on   this blog numerous times in the past that the CFC executive has not updated its web homepage for months.  Perhaps they refuse to…on principle.  They are the CFC, afterall. They answer only to GOD between annual meetings, and he must make an appointment first.
Progress on organizing the Canadian Zonal is  on schedule , in a related topic.  I mean–the CFC’s schedule–which translates into absolutely NOTHING has moved forward in the past 6 months.  Apparently, the problem is that it costs more money than the CFC is willing to pay to organize the championship–that is ‘Zero’ dollars.  Judging from the message boards, most have given up hope that the CFC executive will be able to pull their hands out of their orifices pockets before the FIDE deadline to organize the Zonal.
But I don’t want to stray from the point of this blog item: CFC ratings criticism.  A while ago some controversy broke when it was found that Bator Sambuev was soon going to break the record for our galaxy’s highest chess rating (he is predicted to break 3000 sometime later this year or next winter at the latest)

GM Sambuev is currently CFC rated 2724; FIDE rated 2517 and FQE rated 2551
I wrote about a problem with the CFC rating system a while back on this blog when this story first broke, but the CFC has not shown much interest in doing anything about it. (Translation: CFC rating problems have equal or lower priority than the Canadian Zonal or the homepage of the CFC web)   Over the past 4 or 5 years the CFC has allowed others to ‘tinker’ with the rating system to the extent that now the CFC’s rating system has become the butt of  jokes whenever chess players meet after club night. 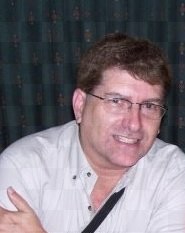 I have asked Fred McKim– CFC treasurer and the only one of the CFC executive who is willing to say anything good about the CFC rating system–if he would be willing to give an interview for this blog about this problem, and he has expressed willingness to do so.  Thankyou, Fred.  Now I am just waiting for Sambuev to do his ‘job’ and reach 3000 before I actually do the interview.  (Expect a call soon…this year!)

No doubt Bator is a very strong player and a wonderful sportsman, but that is not the issue here.  The focus of the rating problem is that the system that the CFC uses has been broken and no one wants to admit it.  For instance, just a while ago–days  infact– Bator won a 5-round tournament in Ontario with a perfect score and won 26 rating points against an average rating field of 2351. (CFC ratings).  Even if we were to take the inflated CFC  ratings on parr with FIDE ratings for purposes of calculating how many FIDE rating points Bator would have won in that tournament, we would find that Bator would have only won 7 FIDE rating points!
That is a difference of 19 rating points in just a 5-round tournament!  I remember when I played in a 5-round Toronto tournament in the summer of 1999–before all the intrusive rating tinkering–with an average rating of 2327 and I also made a perfect score: I gained only 12 rating points.  A far cry from the 26 rating points that a similar result would give you today…
To emphasize  how CFC ratings are beginning to distort reality, GM Anton Kovalyov is a bit more than 100 FIDE rating points ahead of Bator; but Bator’s CFC rating is more than 100 rating points above Anton!  FURTHER MORE, according to the FQE rating system, Kovalyov is rated 2584 (based on 158 games) while Bator is rated 2551 (based on 166 games). BOTH LIVE IN MONTREAL!
Furthermore, Sambuev’s FIDE rating of 2517 is based 144 games, more than sufficient to give an accurate rating.
CLEARLY, the CFC rating system deserves to be taken a close look at and fixed….SOON, and hopefully that means before Bator reaches 3000
SPRAGGETT ON CHESS
Share