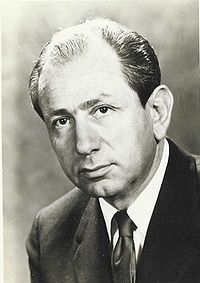 Joachim Prinz (May 10, 1902 – September 30, 1988) was a German rabbi who was outspoken against Nazism and became an American Jewish leader. After his emigration to the United States, he became vice-chairman of the World Jewish Congress, an active member of the World Zionist Organization and a participant in the 1963 Civil Rights March on Washington.  (wiki)