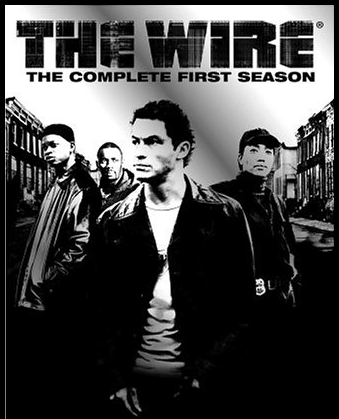 Maybe I am too old, but THE WIRE was never my thing, so I watched other TV programs. The Wire (Season 1) aired in 2002 and was an instant hit.  Last I heard was something about season 8(!), so talk about success!

In any case, just recently I came across this scene from Season 1.  It is great!  And original…D’Angelo catches Wallace and Bodie playing checkers with chess pieces!  ”Chess is a better game…you can’t be playing no checkers on a chess board!” and D’Angelo proceeds to teach them the basics.  I like the definitions of the pieces that street punks can quickly grasp:

The King:  he is the MAN; the rest of the pieces are ‘Mother fuckers’ who run deep; The Queen: she is the ‘Go get shit done’ piece ”She ain’t no bitch…she has all the moves.” ; The Rook is called in the story as the ‘Castle’ (which is what I was taught it was called way back…) is ‘The Stash’; on pawns: ”Pawns, they get capped quick. They’re out of the game early. Unless they some smart ass pawns.”

Even The Simpsons did a skit on the chess scene!

It appears that Eric and Robin are a little pooped-out after their chess activities yesterday in Ottawa, followed by their date with Tatia (who predicted yesterday’s results and won a date with our champions)…

…who must have taught Eric and Robin a few tricks because today their predictions were  MUCH better!