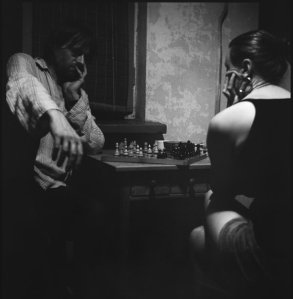 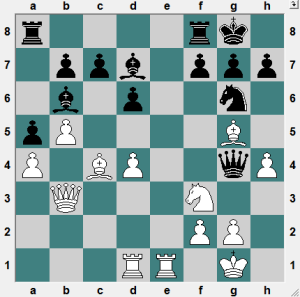 Sydney Open, Austrália, just the other day.  Position after 18 moves.  Black had just played 18…Bd7, connecting his Rooks and almost completing his mobilization.  Unfortunately, his sense of danger was not yet connected ….

Asian Continental (w)  in the UAE just the other day.  Position after Black’s 17th move (16…Qc6) threatening mate in one move.  Unfortunately for Black, White has designs of his own.