When it comes to coaching Gary Kasparov can certainly not be compared to  Jose Mourinho (legendary Portuguese soccer coach), but there can be little doubt that Kasparov’s profound knowledge of every phase of the game would make him a asset for any up-and-coming chessplayer.
In the recent past Kasparov took on 2 very high-profile assignments: coaching Norwegian wonderboy Carlsen and American brat Nakamura.  The work with Carlsen lasted a relatively short time as Carlsen was not satisfied with some aspects of their training methods, but the two parted company on good terms.

The work with Nakamura barely got started before the American’s ego got in the way: Kasparov did not like playing second-fiddle to Nakamura’s penchant for poker and then Nakamura poured gasoline on the sparks  when he  publically made some snotty remarks to the effect that Kasparov’s success could be 100%  explained  by his superior opening preparation. 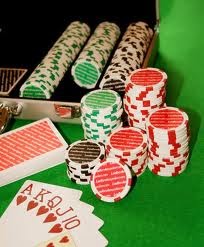 Kasparov has been relatively mute about Nakamura’s outburst.  With his own political future being unclear in a Russia that seems to be divided between going back to communism  or going forward with Putinism, no doubt Gary has more on his mind.  HOWEVER, some bits of comments by Kasparov have recently appeared in the press.  Aside from hinting that he had no immediate plans to write a ”My Great Successors” series   (chuckle, chuckle) , he is also quoted as saying:

”Happy to let my games speak for me for now. Start looking on move 20 if you like!”
link