Tid bits from the German Bundesliga this past weekend…. 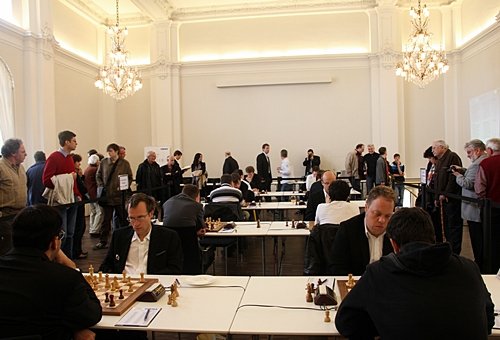 Anand (left, back to us) and Tiviakov this past Saturday

TIVIAKOV
The exclamation mark is for avoiding the main lines of the Sicilian, in which Anand is like a fish in water.  Besides, Tiviakov feels very comfortable (and very confident)  in lesser known lines.
4…Nd7 4. d4 cxd4 5. Qxd4 a6 6. Bxd7 Bxd7 7. c4 e5 8. Qd3

Here 8…b5! is necessary, and gives Black satisfactory counterplay.  It is true that Tiviakov had already won a game with this continuation (8…b5 9.Na3!?), but this is no reason to avoid playing the best move!  In the opening Anand plays without a clear plan (and no sense of danger) and quickly ends up with a passive position.

If Black can not get in b5, then he will be left with a strategically lost game.  The backward d-pawn plus White’s complete domination of the d5-square are reasons sufficient to condemn Anand’s handling of the entire line…

Beginning the well-worn manoeuvre Nd2-f1-e3-d5 (f5) which has given Black players more than their fair share of nightmares…in the game continuation Anand did not succeed in creating a single threat and Tiviakov demonstrated complete domination of the position.  Anand threw in the towel at move 50, but not before a LOT of suffering.  Well worth to study this game several times!

gm KEMPINSKI
Black has been better for the entire game but now–in the midst of the chaos of the last few moves– it seems as though White is getting out!  He threatens Rc8-ch as well as Qxg6-ch, both capable of being immediately fatal to Black.  TOO GOOD TO BE TRUE?
41…Rg3!! 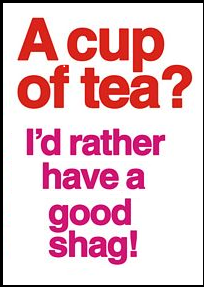 gm FEDORCHUK
A sharp line of the Najdorf has produced (predictably !) a crisis where Black still has not castled (Happy, William ?!) and invites disaster.
The position is begging for a sacrifice!  A cold-blooded computer would prefer the Vulcan-like 17. Qh5! and after 17… exd4 18. Bxd4 O-O? 19. Qg6! is game over.  HOWEVER,  a warm blooded human wants to thrust the knife in deep (and immediately!):
17. Ne6!??!

Objectively not the best continuation, but so what?  It is a wonderfully good shagging going on, regardless of who wins!  The peanut gallery is in ecstacy…
The silicon beast suggest 19… Bxe6! 20. Bxe6 Nxf7 21. Qxg6 Bg5 22. Rf1 Rf8 with an unclear position where White must still prove himself…
19…h5?!

A typically human reaction to White’s last move.  Black wants to push the Queen back from its active position before taking on f7.  (Completely overlooking White’s next move, ofcourse!)
20. Qxg5!!