The final thursday of January!  Where does the time fly?  Yesterday–in case you did NOT notice–Boris Spassky celebrated his 76th birthday!  Congrats Boris!!  He appeared on a Russian TV program ( chessbase LINK)

Boris seemed to be in good spirits, despite a crisis in the family regarding his fleeing France and his wife, Marina, of more than 35 years.  This latest incident in his LIFE is alone worthy of a film!  Who knows, maybe someone is already writing a script…
—————————————————————————–
FIDE in one more money-grab?

A number of years ago FIDE started a very good initiative in creating an accreditation process for trainers.  Especially, this aims to work towards some form of standardization and minimum qualification requirements for working as a chess trainer or teacher.  As we all know, there are many who call themselves chess trainers/teachers, but who have ZERO qualifications, either as teachers or chess players of any real strength.
The problem, ofcourse, is that such an accreditation process only works if  enough of the existing trainers/teachers take it serious enough to actually meet the technical requirements.  These requirements can include taking up to hundreds of hours of seminar courses and many thousands of dollars out of the students’ pockets.
I am not certain how FIDE and its Trainers’ Commission (TRG) has done so far, but I would assume that FEW trainers/teachers have actually bothered to get involved.  Speaking for myself, though I do train/teach from time to time, I have no interest in getting any official FIDE trainer’s certification.  I have even been offered one or two titles for free (ie. for the asking), but even so I have no interest.  I consider myself a player first and have no problem keeping it that way.
RECENTLY a communique was distributed by TRG which helps to clarify FIDE’s principal interest in the trainers’ certificates:  MONEY!  It appears that had I accepted the ”free” titles that were offered to me a while ago, then I would find myself having to fork over what could amount to a thousand dollars or so over my lifetime!

For example, if I wanted the FIDE Senior Trainer title–which I would think would be inline  with my training qualifications and experience–then I would have to pay 480 euros now, and every 4 years another 180 euros for the rest of my life.
IS IT WORTH IT?  Well, it depends on your circumstances.  If you are a professional trainer working at it full time, living in a country where chess is popular enough to support such a training profession, then it all makes sense to me.  Otherwise, the market value of these titles is much less than the FIDE fees involved.
Unfortunately, the latest FIDE/TRG communique also is trying to pressure those , like myself, who have decided that these certificates do not have much relevance in their circumstances:

That is right: FIDE will now start to discriminate against  those trainers who accompany National Selections to international events but who have not been sold on the TRG party line, denying them access to playing halls!
Getting back to a point I made earlier:  if FIDE is resorting to such strong arm tactics, then the TRG program must be failing.
_______________________________________________
WHEN THE WHOLE IS LESS THAN THE SUM OF ITS PARTS…

The CFC (Canadian Chess Federation) has been scraping the bottom of the garbage can for several years now.  Its record since 2007 is quite deplorable: the charity status was revoked by the government because of unchecked abuse; the memberships dropped by a third and virtually all of the top players have nothing to do with the CFC; the  book and equipment business–as well as its condominium–was dissolved and sold for a fraction of its real value; the CFC magazine was eliminated; the Annual General Meeting has been eliminated; the national rating system has been gutted;   hundreds of thousands of dollars under the CFC Executive’s control has disappeared;…the list of accomplishments can go on and on…If the CFC was a serious enterprise or organization, it would have closed its doors a long, long time ago!
RECENTLY, this week infact,  yet another online meeting of the wise men of the CFC has taken place.  Much of the proceedings have been reduced to hostility and name-calling.

LINK
The Canadian chess community has recently become incredibly polarized along discriminatory lines: in particular, strong player VS club amateur; western Canadian vs Ontario; organizer VS player.
This can best be seen in the ”discussions” about the next Olympiad team selection.  The western players don’t want to be excluded (again!) by allowing Ontario interests dominate the selection process in favour of Ontario-only participants.  Poor Edward Porper–whose views articulately defend western Canada–is almost  being bullied and badgered by Ontario governors. 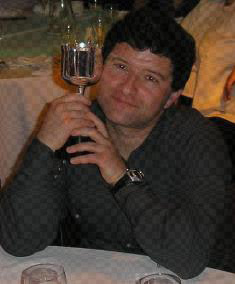 Porper: defending a Canadian point of view against Ontario  bullying?
Readers will remember that Canada’s new revelation, Albertan Eric Hansen–who was just awarded the GM title –was excluded from the 2010 National Team by a selection process that deliberately picked Ontario-only players!  THEN AGAIN this past year, the Ontario member of the selection committee argued energetically against Hansen’s inclusion!

It was only by refusing to back down  that Eric finally was finally allowed to represent Canada,  even though he was a far superior candidate than any of the Ontario candidates…and Eric then proved it by out-performing every other Canadian on the team when the Olympiad actually took place!
Eric then went on and scored some of Canada’s very best results in international competition in Europe and South America.
HOWEVER, unless the hostility of the Ontario governors –that has been visible in the online meetings thus far–subsides, it is entirely possible that Eric wll NOT want to play on the National Team.  He will then join the ranks of virtually every other top Canadian player in the past 35 years and  club amateurs  can only blame themselves.