The morning after the night before… 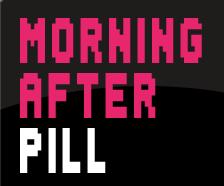 Well, the Kazen Candidates Matches ended the other day.  Some cynic  might  say that it ended on a positive note: meaning that someone actually won a real game! (Congrats, Boris!  Great game!)  Not me, ofcourse, I enjoyed the chess, all of it!  However, the truth is that some (many) in the chess world are having difficulties coming to terms with reality: the best player won, and that person is not a 20-something, jet-setting fashion model that swoos both young chicks and sponsors alike.

THE ”ORDINARY” SUPERSTAR
(About to start a new hat craze?)
No, Boris is not likely to get a million dollar clothing contract or have the New Yorker run after him and print his every hormonal impulse.  Nor is Boris likely to write 57 chess books putting down each and everyone of  his predecessors  , each book meant to massage his ego or impress the reader with his universal knowledge of nothing except chess.  Nor is it likely that Boris is soon going to run for the presidency of Israel….
No, Boris is just going to relax the next couple of weeks and then start to think about his upcoming match for the world championship with India’s Anand.  That should be enough to keep him busy….I hope, however, that Boris does not read all of the reviews on the Kazen matches … 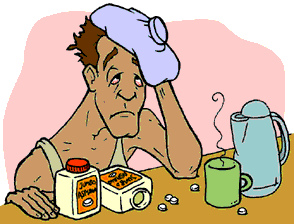 The chess world woke up the day after the Grischuk match with a hangover.  Everyone was disappointed but were not sure exactly why…they are still trying to figure it out.  More coffee might be necessary…

http://www.pogonina.com/
Natalia Pogonina wrote in total sincerity:
”The Candidates Matches-2011 were accompanied by non-ending criticism of lack of fighting spirit caused by a large number of draws….
….Frankly speaking, I am disappointed by the results of the final match.
…Or did Caissa just choose her more loyal fan? Of course, my opinion is biased (since I and Alexander are in the same age group and both hail from Russia), but I believe the match between generations – Anand and Grischuk – would have been more appealing than a confrontation of two renowned chess veterans.
It’s hard to promote the event, there is no drama. … FIDE will probably have difficulties finding a sponsor for this match ….”

Kavalek, in his chess column for Huffington, wrote frugally:
”’His match against Anand, 41, could be interesting….”

We did not have to wait long for Mr. Diplomacy (Silvio Danailov) to react in a style that has endeared him to the entire chess world:
”The current KO system (short matches) for the Candidates tournament is negative for chess… The WCOC who is responsible for this system failed, and should resign immediately.”

Not surprisingly, FIDE just laughed off Danailov’s knee-jerk reaction as self-serving politiking:
”If it wasn’t for Mr Danailov ’s dual role as President of ECU and manager of top players, no reply would have been necessary to this incredible announcement, as its content speaks by itself for the poor quality of his arguments.”
In truth, the chess world has what it deserves, and nobody is happy. (So what is new?) Should we be surprised?   When Fischer left, the music died.  Since then FIDE goes its own way  and thinks nothing of changing the rules as it goes along.  The top players don’t like it, but a compromise is always achieved–usually with Kirsan’s wallet  winning over reason.  I read the interviews before Kazen of all of the participants: the vast majority were pleased with the setup!  Perhaps they all thought that they would win…there is already talk of changing the system (again!).
Deep down I am pleased that Gelfand has won the right to play for the World Title!  Chess is not about age.  Boris  has done it fairly and squarely.  He has beaten players much younger than himself.  I think that we must respect that.  Sportsmanship applies to the fans as well….the fans should try to get over themselves!