The CFC, ethics and the politics of corruption

When news of the OCA scandal about the 120,000 dollars that went unaccounted for (originally a Trillium Foundation grant)  first became public in the Canadian chess community a few years back, the reaction of those most closely linked to the epi-centre of the scandal (and who should have been knowledgeable of the whereabouts of the unaccounted for money) was denial of any wrong-doing and of claiming to be out of the loop for 2 whole years (!)–despite there being regular meetings held during this period! Whether their excuses would hold up in a court of law and exempt them from personal and collective responsibility, we will likely never really know because the police were not called in to investigate and what little documentation existed on this sordid affair was shredded by the CFC president immediately following the re-structuring of the CFC, Eric Van Dusen, who had been an active member of the OCA during the period of the said scandal.
Many in the chess community were horrified by the manner this scandal was swept under the rug, and continue to be amazed at the selective blindness of those  who continue to vote  some of these people connected to the Trillium scandal back into elected office year after year. As for the individuals most directly involved in the OCA leadership, (OCA president Barry Thorvardsson and VP Hal Bond), the scandal did not appear to shame them or embarrass them: infact, quite the contrary:  each immediately announced that he would run for the CFC presidency , as if it (the missing money) was just water under the bridge!

Thorvardsson, however, soon came to his senses and withdrew his candidacy and has to this day completely disappeared out of sight from the Toronto chess community; but Hal Bond did not back way and hide and ran  and was elected president of the CFC for one term.
He still serves on the CFC executive today…And what is worse, here we are in close to the end of 2011 and another $100,000 (this time CFC youth funds) has disappeared and all financial records of it have gone the way of the DoDo.  They simply do not exist.  Trillium re-visited…. 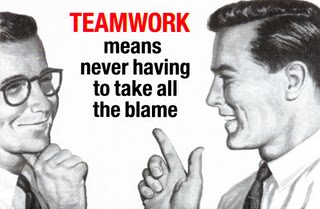 Then the failure of the CFC executive to  properly follow its own rules and procedures when trying to decide the Canadian Open/CYCC bids last year lead to lively discussions on the message boards.  Some raised other questions about conflict of interest issues. Some raised questions about contaminating the bidding process once the bids had been formalized. Others questioned the CFC president’s decision to support one bid more than the other, when he should perhaps have abstained and voted only if a deadlock was reached.
Conspicuously absent from these discussions were the men who were on the front line : the executive members of the CFC who were responsible for the entire decision making process right from the beginning.  Nothing strange here, ofcourse, as the CFC has become an organization that acts as though ethics– in day to day affairs– is an option, much like choosing a pizza topping at your local Pizza Hut.

CFC past-president Bob Gillanders: should have been thrown out with the dirty laundry
Below is an interesting article that I found about business ethics.  The author explores the issue of ethics in a manner that should be applied to the CFC, or any other nation-wide volunteer organization.  I could not but notice how the author is very direct about ethical infractions and appearances: that you need to be very transparent, very aggressive and very  concerned about ethics issues.
As David Shedd points out, ”Only by doing the tough and right things of setting an example, maintaining the discussion, and aggressively chasing down and then publicizing transgressions will you bring your high values in ethics and integrity to life for you and your entire company.”

Is Your Business Ethical?
http://www.businessinsider.com/the-bedrock-of-your-winning-business–ethics-and-integrity-2010-12
David Shedd
”We do not act rightly because we have virtue or excellence. But, rather we have those because we have acted rightly.” — Aristotle