The following is a very nice attacking game from yesterday’s round at the strongest open chess tournament in the world this year.  Black had a reasonable position after the opening, but at one point he became over confident and underestimated an attacking resource by White.  The result was a pleasing finish for the spectators. 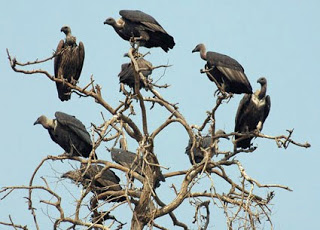 Black must have felt confident that his Kingside defences were resistance enough to hold any direct attack by White, for otherwise he would have left his strongly posted Knight on e5.  No doubt Smirin, a very strong Grandmaster from Israel, had calculated that if White were to now try 25. Bxc4 Qxc4 26. f6!? he would have the very precise 26… Bh8! holding.   (Certainly not 26… Bf8?! as after  27. Bh6 White would gain a decisive attack by exchanging off the dark square Bishop.)
But sometimes chess is a funny game: you are prepared for action on one side of the board, but find that it is a move on the other side of the board that gives you unexpected trouble.  This is what happened here!
25. Ndb5 !  Surprise!

Now where does the Black Queen go?

The position that White had in mind when he played his 25th move.  White has many threats, including fg6 and Rf7.  What was difficult for White to calculate, no doubt, is that the Black Queen has no satisfactory square to flee to.  If  28… Qxc2 (trying to get counterplay based on some …Be4 idea) White is simply winning after  29. fg fg 30. Nxe8 Bxe4 31. Rd2! Qc4 32. Qf2! and Black can not recapture on e8 because of Qf7ch.  And 28…Qc6 is answered exactly as in the game (29.fg6 and 30.Rf7), with the difference that White has one more pawn (the a-pawn).  Black plays the best of the poor choices:

The Queen defends the Knight on d7.  Now White can take the Rook on e8, playing for Rook and pawn for two minor pieces, but this would be what Black wants!  White has a very strong alternative that gives him not just the better game, but a very strong attack:
29. fg !  forcing Black’s reply and opening the f-file.

It sometimes happens in the Sicilian defence that you under estimate White’s attack, and when that happens it feels as though the roof is collapsing!

Do you see what is wrong with this move?  White to play and win!