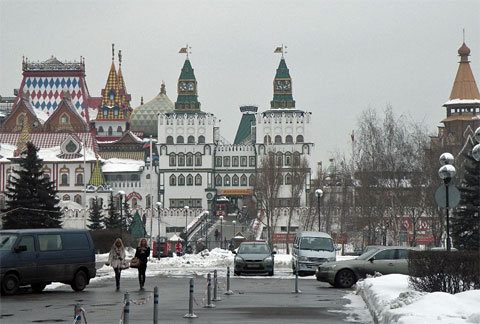 If you like to mix winter with a really tough chess tournament, then the traditional Aeroflot Chess Festival  is perfect for you!  Some  of the strongest open tournaments in the FIDE calender year take place simultaneously.  Aeroflot takes place between the 7th and the 19th of February. 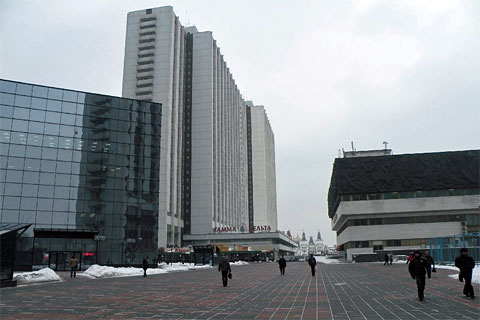 The tournament site is the Izmailovo ‘Gamma-Delta’ hotel complex, built for the 1980 Summer Olympics.  The complex can easily house more than 3,500 guests!  I stayed there in the spring of 1990 for the GMA-finals.  The surrounding area is a vast and beautiful park.
The organizers of the festival are the ‘Aeroflot-Russian Airlines’, the Association of Chess Federations and the Russian Chess Federation.  The top Open tournament is for players rated 2550 and above (though some exceptions are made) and first prize is 20,000 euros.
The time control is 40 in 2 hours, followed by 20 in 1 hours followed by 15 minutes for the rest of the game.  Thirty seconds is added to the clock for each move made.
There are a number of Canadians participating, in particular members of the Canadian National Team: grandmasters  Mark Bluvshtein and Thomas Roussel-Roozmon.
HERE ARE THE STANDINGS OF THE TOP SECTION AFTER 3 ROUNDS 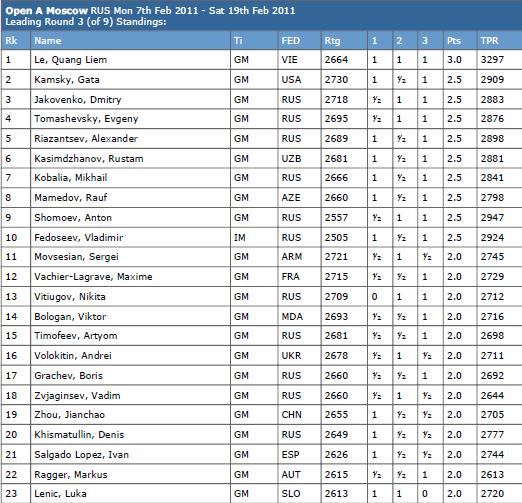 GM  KOTSUR
POSITION AFTER WHITE’S 22nd MOVE.
A very unusual position, and dangerous for White because of his undeveloped Kingside.  Should White manage to untangle himself then he would be much better, so Black must play with energy and precision before that happens.
Here tempting but insufficient is 22…Rxe6;   23.QxR   Bxf4; because of 24.Qe1 which defends against the threats and pushes Black back.
After some thought Volokotin found the saving resource
22…Bg7!!