London mayor Boris Johnson (above) has no problems supporting  the gay ‘equal rights’ charity Stonewall.  Neither does the  ECF –at least up ’til this past Saturday– when that ‘support’ stopped dead cold  at  the  public prize-giving ceremonies of the 2011 British Chess Championships. The reason given: the president’s graphic t-shirt was deemed ‘inappropriate’  for the customary  photos with the winning juniors!  The president was left ”shaking with fury”…

JC de Mooi  (above) is the   current ECF president–that is, until today when he tendered his resignation. JC is also a popular TV actor and singer. But especially, de Mooi  is a conscientious and dedicated  human rights activist and supporter of  many social issues  and charities, including Stonewall, a  gay, lesbian and bisexual charity.
Since becoming president of the ECF, JC has been very successful in trying to turn around the image of chess in England.  The 2011 British Championship –which just finished– received a 16,000 pounds  personal donation from JC (!) in an attempt to draw the strongest British players and the largest turn out in English chess history.  More than 900 participants graced the various tournaments (seniors, juniors, female,  absolute, etc)!  Everyone was ecstatic.
THEN the shit hit the fan.  Despite JC de Mooi having appeared at the championships during the past week sporting the exact same t-shirt in question, AND despite de Mooi having tweeted the day before ”Tomorrow I’m presenting the prizes at the Darwin Strategic British Chess Championships and I’ll be proud to wear my @stonewalluk t-shirt!”    the chief arbiter (Lara Barnes) approached the ECF president just minutes before the 9:30 am prize-giving ceremony and challenged  his intentions. 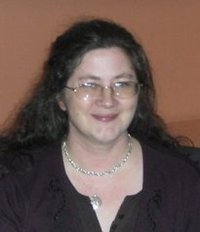 ”I was just worried that children who had come for chess may be exploited in photo opportunities for a different issue/charity.’‘  Lara Barnes later wrote on Facebook, after having received nasty emails from people claiming she was a homophobic bitch.

Lara Barnes —who it later turns out was really acting on her own personal initiative— suggested to JC  a really shocking alternative:  he could present the adult prizes but let someone else present the prizes to the toddlers.  JC–visibly shaken and confused–naturally refused to compromise his principles and stepped down.  He watched the whole ceremony from the spectator gallery.
Making matters worse, yesterday was  ‘Gay Pride Day’!

I suggest the readers take a look at the ECF forum for a more detailed account of the finer points and later developments of this scandal.  The ECF forum is the most prominent message board for English chess.  The whole scandal has also reached the mass media, including the following account from The Guardian

The president of the English Chess Federation says he was barred from presenting prizes at the British chess championships in Sheffield because he was wearing a gay rights T-shirt.

CJ de Mooi, an actor and a regular on the BBC quiz show Eggheads, said he was left “shaking with fury” over objections to the shirt, which bore the slogan “Some people are gay, get over it”, used by gay rights group Stonewall.
De Mooi said he was approached by the championship arbiter, Lara Barnes, prior to the awards ceremony and urged to reconsider his outfit. “They then suggested that it might be better if I just presented prizes to the adults,” he said. “I refused. I was either going to present all the prizes or none at all.”

Barnes denied asking de Mooi to change his shirt, saying she had merely expressed reservations. “I didn’t think that promoting gay rights, which I thoroughly agree with, while presenting prizes to junior chess players was an appropriate thing,” she said. “Usually prize-givers for a national event would wear a suit and tie.”
De Mooi said he had worn the T-shirt throughout the event without complaints. “None of the parents, none of the kids, said anything to me that wasn’t completely positive. Quite a few of them said, ‘we love the T-shirt, well done for wearing it’.”

Laura Doughty, deputy chief executive of Stonewall UK, said she was puzzled by the furore. “We think our T-shirts are lovely and don’t see why anyone would object to anyone wearing one, least of all chess players.”
Leonard Barden, the Guardian’s chess correspondent, said: “There has never been a dress code before. It’s not something that happens in chess, it’s supposed to be non-discriminatory.”
De Mooi, who has been president of the English Chess Federation for the past two years, said he was angered and baffled: “I was elected president in the first place because English chess was in the absolute doldrums. As a very prominent member of the chess committee has said, I was elected because I do things differently.”
Barnes praised de Mooi’s efforts to promote chess but said it was improper to mix the game with gay rights: “I’ve every sympathy with his cause, but I didn’t think it was appropriate to have the sentiment on the T-shirt in every photograph with junior chess players – under-10s, under-12s and under-14s – promoting a particular sexuality.”
____________________________________________________________ 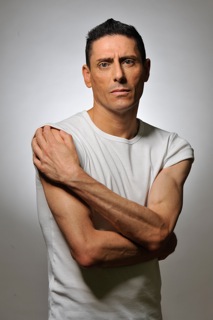 Earlier today–having since yesterday found some time to calm down and clear his mind– JC de Mooi handed in his resignation as president of the ECF.  No doubt JC is looking  to contain the scandal from becoming a front-page news item and issued this message on the ECF forum:
”I am a public supporter of Barnardo’s (running the Cardiff half marathon) the Albert Kennedy Trust (and am speaking at their youth conference next month as well as running the London Marathon) and until it was forced to close in December, I was the Ambassador for the National Bullying Helpline. I work with children constantly both in the theatre and chess so am always fully CRB checked. I believe this gives some indication as to my views on ‘think of the children’
I hope everyone has enjoyed this year’s tournament which I, and others, have been working to support financially for a long time (both the Staunton Dinner and Nigel tour made significant contributions to both the Championships and charity) and this matter has not sullied the issue.
I am a passionate person and I know that’s one of the main reasons people are able to support me. However, although I don’t apologise for who I am, what I choose to promote or how I go about doing that, I may have over reacted on this occasion (despite my ‘irritation’) and it’s unfortunate that something such as this threatens to overshadow a magnificent event that so many people worked for, most far more than me.
With this is mind, I have offered my resignation to the board should they choose to accept for the benefit of the ECF and the future reputation of chess.”–JC
__________________________________________________________ 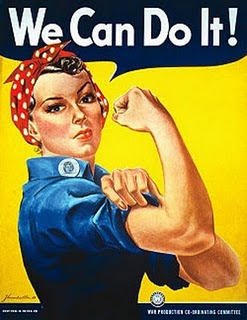 Lara Barnes, for her part, is unrepentant and remains firmly convinced of the correctness of her actions.  On the same ECF forum she wrote today:
” Here is my side of the incident (I am posting against the advice of some, but I am getting hate emails claiming that I am homophobic and need to clear this up).

I spoke to David and Alex before the prize-giving suggesting that the T-shirt in question may not be advisable seeing as children were going to be in photographs with it and the charity in question was promoting a sexuality-based issue. (I personally raised over £200 for the same charity on the Sunday night quiz to ‘buy’ CJ’s membership of John Edwards’ team!) I was just worried that children who had come for chess may be exploited in photo opportunities for a different issue/charity.
They were reluctant to speak to CJ about it and I said that I would. I told CJ that we usually dressed up more formally for the prize-giving and that it was only my opinion that his t-shirt may be controversial. He said “well I won’t present the prizes then”. When I told David Welch this he said that I had made a mistake in his opinion. I then left it to the ‘officials’ to make any decision. I believe that they still wanted CJ to present the prizes to The British Championship for which he had made a large financial contribution and huge publicity effort. He declined, saying ‘all or nothing’.

May I add that, and many of my friends know already, it would be highly hypocritical of me to ‘oppose’ any gay-equality charity as I have had gay relationships in the past. Any thought of ‘anti-gay’ anything was never in my mind when I suggested the t-shirt was inappropriate for a national chess championships prize-giving, it was just inappropriate. I have many Wytchwood Brewery T-shirts promoting real ale, but I would not wear them to The British Championships prize-giving. My only fault may have been being naive to the controversy that this brought up.

RE: The Sunday Times article:

• CJ’s claim that he was ‘banned’ from wearing the t-shirt is just untrue.

• There is a dress code for the event, on page 7 of the programme “smart casual”

No doubt this scandal will have reprecussions in English chess, and I understand that this evening efforts are being made in the ECF to patch things up and repair the damage. Nobody wants to see JC leave the ECF, and nobody wants to punish anyone involved in the development just minutes before the closing ceremony.
HOWEVER, there are some points in what Lara Barnes writes that raise questions and doubt of the overall sincerity of her behaviour in this unfortunate affair:
The first point is about the timing: why did  she wait until just minutes before the closing ceremony (at 9:30 am Saturday) to bring this issue up to the president of the ECF when she could have done so the night before? Was she trying to drop a bomb on him at the last moment so as to create maximum confusion?
It was well known that JC was going to appear in his t-shirt (he tweeted it the day before!) Obviously Lara feels very strongly on the issue of children and their exposure to alternative sexual-lifestyles, but her timing was very inappropriate and irresponsible , to say the least.
The second point has to do with her insistence on bringing up this issue to JC despite her fellow arbiters not wanting to do so.  In her own words they were ”reluctant to speak to JC about it”.  When she did bring it up and the impasse occurred, a fellow arbiter told her that she had made a ”mistake”.

Lara was clearly alone on this issue when she approached JC.  Judging from JC’s remarks, Lara’s behaviour was perceived to be confrontational.  Could it have been that she was not acting within the bounds of her responsibilities  as chief arbiter and was instead acting on a personal agenda?
I will keep the readers up to scratch on this scandal as it develops in coming days.

Mickey Adams defeated Nigel Short 1.5 to 0.5 in the playoffs to become the 2011 British Champion!  Congrats to both gladiators!! 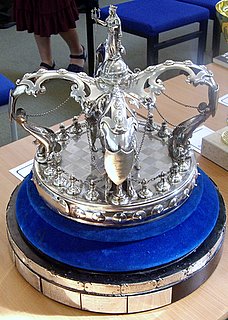