Before continuing, congratulations to Canadian Thomas Roussel-Roozmon for playing a great Olympiad up to now and achieving the final norm necessary for getting the ‘GM’ title!  I remember first seeing Thomas at the 2001 Zonal in Montreal: he was just a kid, but with a sparkle in his eyes.  It is good to see that he stuck with it and has set a great example for others to follow!

Currently the Canadian team is ranked 41st, but in a huge tie.  On Sunday their opponents will be Montenegro (currently ranked 40th), a tough little team that should never be under estimated.  Canada will probably have to win in order to avoid getting its lowest finish in the new millenium, as we can see from the chart below.

Up to now the Canadian team has been performing reasonably, but without any real success.  Ofcourse, the  tie with Bulgaria was an excellent result, and the win by Bluvshtein over Topalov will be something everyone will remember for a long time (including Topalov!). And we should not forget Thomas’ GM norm.  However, we have to place all this in the proper context: the chess world is evolving, and Canadian chess is not making much forward progress.

________________________________________________________
There is one point that I feel I should clarify.  My detractors inside the CFC leadership have deliberately mis-represented  and taken out of context  an earlier blog entry where I wrote that the CFC had sent a 3rd rate team to participate this year in Khanty Mansiysk.  My remark–contrary to what these gentlemen insinuated– was in no way intended as a slight to the fine individuals who have taken the time and made the sacrifice to represent Canada, without any financial gain.
My remark was directed specifically towards recent CFC policy , and was only meant to emphasize the resounding failure / dis-interest   of the CFC in making a truly sincere effort to encourage and convince  its best players to represent Canada in the world’s most prestigious team championship.  The current Canadian Champion (Jean Hebert)–who automatically qualifies for the team– was not even asked for an explanation why he turned down his invitation to play. Edward Porper, who in 2009 tied for first in the Canadian Open, was not even given the opportunity to decline (he was not invited !).
As we can see from the  list of Canada’s top FIDE rated players (below; top 13 active players), just 1 of the top 4 players is participating. I can not remember in recent history when the Canadian team had only 1 player with the GM title beside his name.

It must be made clear that each player who turned down his invitation had his own reasons for doing so, (GM Charbonneau had committments, for example), but at the same time it is necessary to point out that the CFC deliberately places a low priority on its Olympiad representation, so much so that it  has torn away much of the pride and honour that has normally been associated with representing Canada.
Coupled with  recent disgraces that we label  the ‘Canadian Closed Championship’, it is no surprise that many of Canada’s top players are voting with their feet.  And I will not even go into the sordid details (today) why I refuse to play on the team (and have not done so for the previous 3 Olympiads); nor will I get into why the top rated player resident in Canada (Anton Kovalyov) refuses to touch the CFC with a 10-foot pole. 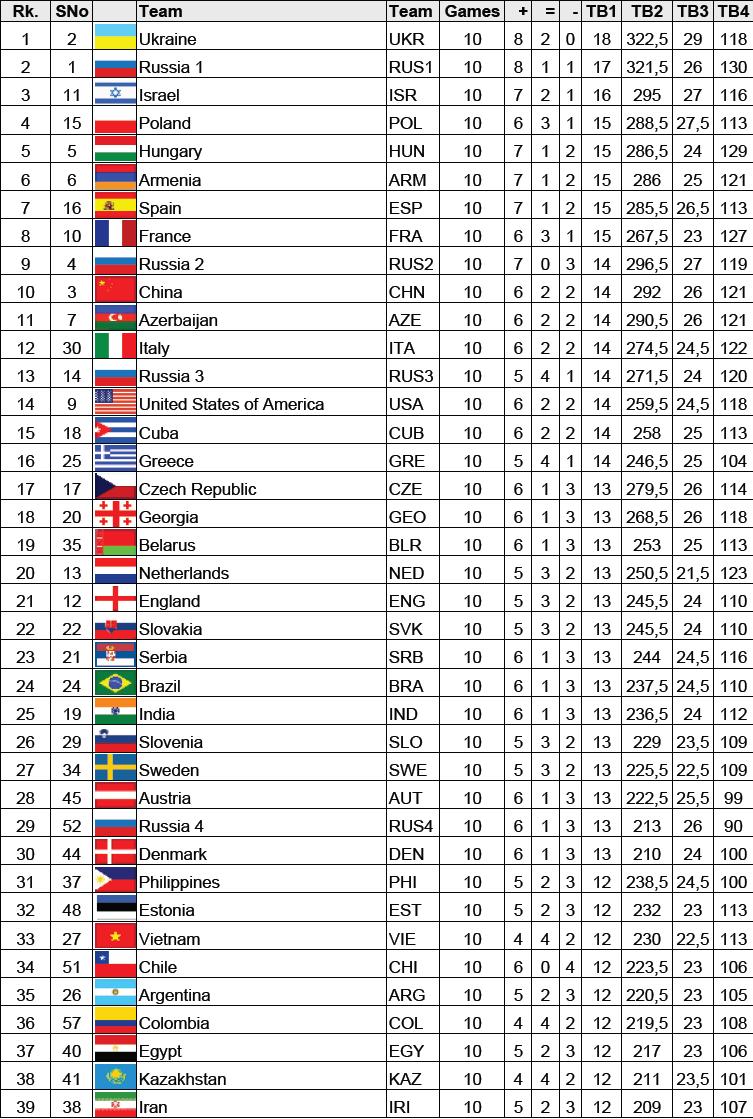 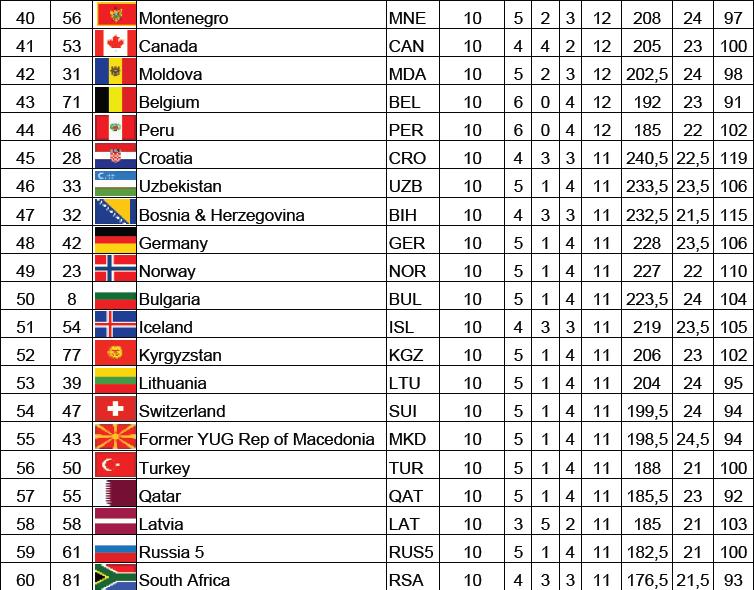 ALMEDINA
White has an obvious advantage with Black’s King stuck in the centre, but still, you would not think that Black should be punished so brutally!  Can you guess White’s move?
25. Qh7!!

GM SHIROV
A typical Shirov mess!  Black is struggling to coordinate his awkwardly placed pieces, but the genius from Riga is relentless…here Shirov finds a spectacular way to break into Black’s defences.
29.  Rxg6!!

The idea is simple enough, but what is so surprising about this attack is that it actually works!
29…fxg6 30.Rxe6ch!

Black is defenceless.  Shirov won on the 44th move.

WHEN GETTING OUT OF BED IS A MISTAKE…

GM SJUGIROV
It has been a less than sterling olympiad for the Norwegian superstar!  This is his 3rd defeat already, and it was VERY PAINFUL!  Something has already gone wrong with Black’s opening, but Black can still put up a stiff fight with the natural 18…hxg5.  Instead, Carlsen makes what appears to be a horrible oversight:
18…Ngf6??

The losing move!  Could it be that the world’s number one player overlooked the next obvious move?
19.Rxf6!

Ofcourse!  White now wins 2 pieces for a Rook, but more importantly: he gets a completely crushing position!  Carlsen tried to mix it up, but his the young Kalmykian GM did not fall for anything:
19…Bxh2ch!? (desperation)  20. Kh1! Nxf6  21.Qxe6ch  Kb8 22. gxf6

With moves like Ne5 and Rf1 quickly coming in, and with a powerful passed f-pawn, the rest is trivial for Sjugirov.   You will have to check the moves in the pgn viewer, but Carlsen resigned at move 25 in the position given below!
UGLY!

CARLSEN THROWS IN THE TOWEL