The Canadian Open  got underway this weekend in Toronto.  Close to 300 players including a handful of GMs and IMs braved attending an event directed by the notorious IA Mark Dutton.  Games can be followed at MonRoi and some photos can be found at this link.
But the story this weekend is the decision of the organizing committee of the CYCC (the Canadian Youth Chess Championship, which just finished) to  not give the CFC the profits from the tournament. The CFC received $20,000 from entry fees (as is usual)  The figure going around for the profit is  $18,000.  The committee took a vote before the championship began to re-distribute the profits as prizes to the youngsters.
Now the CFC is claiming rights to have the profits for its own designs, even though the organizer Viktor Itkine wrote that the contract with the CFC clearly states the contrary:
”Here is the quote from 2011 CYCC Richmond Hill bid:
“We guarantee the CFC a minimum of $15,000 from the entry fees, and a maximum of $20,000. This protects the CFC in case of a low turnout, and if there is an above-average attendance, the surplus will distribute to WYCC, PanAM, NYCC entrants.”
No doubt this situation can grow into a serious legal problem should a compromise not be reached in coming days.
In my view, this rebellion is the natural result of a growing distrust of the CFC Executive in recent years.  At the 2007 Ottawa  CYCC the organizer Gordon Ritchie made huge profits and gave them voluntarily to the CFC to be used for the promotion of youth chess.  What happened is that apart from $8,000 that was mis-spent on a reckless venture with the now defunct Karpov Academy (Toronto) the remaining $22,000 (there is some doubt of the exact quantity here, which may be even more!) disappeared without a trace and has never been accounted for.  Fraud is entirely possible. Gordon Ritchie cynically wrote of a ‘black hole’ in the CFC, but ofcourse we all know that there is no black hole.  Nor does money have legs and run away.  And this incident is just one of a handful of disappearing acts involving tens of thousands of dollars.  Trillium comes readily to mind ($120,000 disappeared without any accounting) And at the 2006 CYCC organizers Hal Bond and Patrick MaDonald lost track of some $16,000.
I will write more on this item later today. 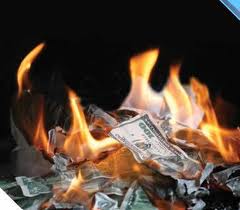 Hal Bond was CFC president that year.  The year before he was VP of the OCA when $120,000 of Trillium Foundation money went unaccounted for (Trillium cut off the OCA as a result). Again in 2006 , Bond and Patrick MacDonald were involved in another case of missing money ($16,000) from the CYCC that they both organized.
Share