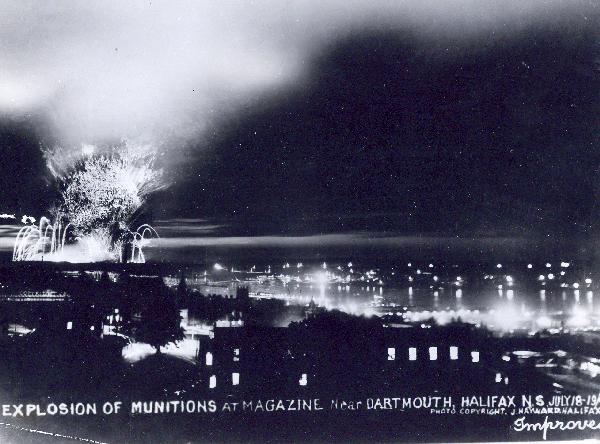 The Halifax Explosion occurred on Thursday, December 6, 1917, when the city of Halifax, Nova Scotia, Canada, was devastated by the huge detonation of the SS Mont-Blanc, a French cargo ship, fully loaded with wartime explosives, which accidentally collided with the Norwegian SS Imo in “The Narrows” section of the Halifax Harbour. About 2,000 people were killed by debris, fires, or collapsed buildings and it is estimated that over 9,000 people were injured. This is still the world’s largest man-made accidental explosion.
At 8:40 in the morning, the SS Mont-Blanc, chartered by the French government to carry munitions to Europe, collided with the unloaded Norwegian ship Imo, chartered by the Commission for Relief in Belgium to carry relief supplies. Mont-Blanc caught fire ten minutes after the collision and exploded about twenty-five minutes later (at 9:04:35 AM). All buildings and structures covering nearly 2 square kilometres (500 acres) along the adjacent shore were obliterated, including those in the neighbouring communities of Richmond and Dartmouth. The explosion caused a tsunami in the harbour and a pressure wave of air that snapped trees, bent iron rails, demolished buildings, grounded vessels, and carried fragments of the Mont-Blanc for kilometres.
While it is unknown exactly how many deaths resulted from the disaster, a common estimate is 2,000, with an official database totaling 1,950 names made available through Nova Scotia Archives and Records Management in the Book of Remembrance. As many as 1,600 died immediately in the blast, the tsunami, and collapse of buildings, with an additional 9,000 injured, 6,000 of them seriously. 1,630 homes were completely destroyed in the explosion and fires, with 12,000 more houses damaged. This disaster left roughly 6,000 people homeless and without shelter and 25,000 without adequate housing. The city’s industrial sector was in large part gone, with many workers among the casualties and the dockyard was heavily damaged.
(WIKI) 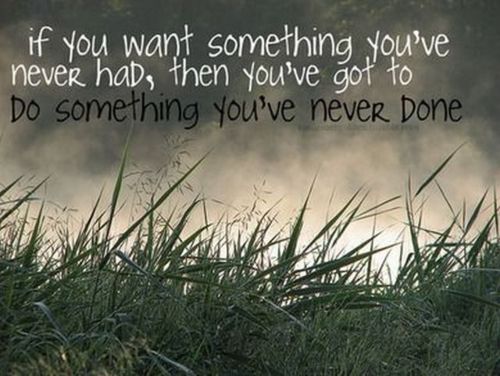