One of the first acts by the British government after declaring war on Hitler was to create wide-ranging powers of censorship on virtually all aspects of civilian life. Press censorship and postal censorship, in particular, were directed to prevent contact with the enemy and to present the war in a favourable and patriotic light. 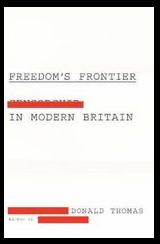 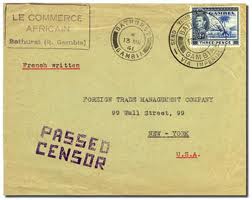 For the duration of World War II, no postal chess play was allowed between civilians and servicemen in Britain, as well as in the United States and Canada. Soldiers overseas were not allowed to play postal chess due to censorship restrictions.  Even cross word puzzles were extracted lest they conceal some secret information within.

Yesterday on one of my favourite chess blogs in the world , Streatham & Brixton, there appeared the following entry that had appeared in the Daily Telegraph on October 6th, and reminds us all  just how very real  censorship was, and of the fine sense of British humour:

(http://www.streathambrixtonchess.blogspot.com/)
____________________________________________________________
Ofcourse, regardless of how scary it may be to allow censorship be imposed with such zeal and fanaticism, one must admit that the notation used for the game of chess is very code-like in appearance.   Even us experienced chess players often get confused when recording moves…
Chess.com  carries an interesting entry related to this subject that you might want to check out, entitle ”Chess, code-breaking and spies”: http://blog.chess.com/billwall/chess-code-breaking-and-spies
An excerpt:
”During World War II intercepted communiqués called the Venona files were used to find a pattern of espionage and betrayal in the United States.  One of the agents who was later arrested in 1944 was a chess player who’s cover name was Chess Knight.  He was a KGB officer in Mexico City.  VENONA first revealed the existence of Soviet espionage at Los Alamos…
After the war, Cold War spies in Germany sent postcards back to MI5 containing coded messages written in cryptic text base around a series of postal chess games. Gordon Thomas, historian for MI5 and MI6, said that chess moves were a common way of communicating during the Cold War. He also said the Russians in particular favored using chess as a method of communicating. It was their great national pastime and information would often be disguised as chess moves.
In a KGB handbook, a section described how to use chess moves when communicating. For example, one move could ascertain what was happening and another could give instructions. Agents would be trained to understand chess moves”
_________________________________________________________