The story below might be useful for those who are thinking of furthering their investment into poker.  Does making money from poker constitute being a ‘professional’ and where does one draw the line?  And what about your taxes?  If you have to pay taxes on your winnings, can you also declare your losses?

PAUL WALDIE
From Thursday’s  Globe and Mail
Toronto lawyer Steven Cohen loved playing seven-card stud with his buddies so much he decided to quit his $200,000-a-year legal career to become a full-time poker player. It didn’t go well.

Mr. Cohen started out with great confidence. He figured he could make $150,000 during his first year by playing small-stakes tournaments and then move up to bigger games where he would pull in $500,000 annually. He prepared by reading poker books, attending a gambling seminar in Las Vegas and devising strategies for bluffing and how to read mannerisms.
He joined several online poker sites, playing up to eight hours a day, and travelled to tournaments in Las Vegas and Niagara Falls, Ont. He had a few wins at first, but his luck changed. By the end of 2006, his first year as a full-time player, Mr. Cohen had lost $122,000. He’d had enough and gave up poker. But his problems were just beginning.
When Mr. Cohen filed his taxes, he claimed the $122,000 loss as a business expense, arguing he was a professional player and entitled to the deductions. The Canada Revenue Agency disagreed and disallowed the claim. The CRA argued Mr. Cohen’s gambling was a hobby, not a legitimate business.
The case ended up in the Tax Court of Canada and Judge Frank Pizzitelli sided with CRA. In his ruling, Judge Pizzitelli said Mr. Cohen had failed to show he had been engaged in a commercial venture with a reasonable expectation of profit. The judge dismissed Mr. Cohen’s attempt at bettering his game by buying books and attending a seminar, saying that was not business-like training.

“I take judicial notice of the fact many hobby chess players I know have a small library on the game, chess moves and famous players, but are not professionals merely by such ownership of material,” the judge wrote. “The fact [Mr. Cohen] lost money every month, including the first three months he played smaller-stakes games, does not even suggest a superior skill set at that level.”
The judge also criticized Mr. Cohen’s business plan, ruling it was inadequate and did not include any proper budgeting, tax planning or financing. Mr. Cohen’s main source of financing, the judge noted, was increasing his credit card limit from $27,000 to $40,000. “Having regard to all of the above, I cannot find that [Mr. Cohen] demonstrated that he conducted his venture in such a manner as to constitute a profession, calling, trade, undertaking, or adventure or concern in the nature of trade so as to fall within the definition of a business,” the judge ruled.
Mr. Cohen, who has since opened a law office, said he was disappointed in the ruling but won’t appeal. “I obviously disagree with the findings of the judge who essentially regurgitated CRA’s arguments in his judgment,” he said in an e-mail. “I would not have taken my case as far as I did if I didn’t believe strongly that I conducted a poker business in 2006.”
Benjamin Alarie, a law professor at the University of Toronto who has studied taxation of poker winnings, said there will be a lot more cases like Mr. Cohen’s because so many Canadians are playing poker online. Indeed, Mr. Cohen decided to become a full-time player after seeing Chris Moneymaker, a relatively unknown online gambler, win the World Series of Poker in 2003. 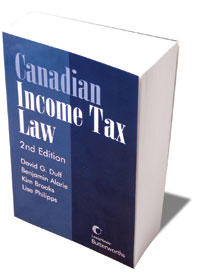 Prof. Alarie said there is a big difference between playing poker recreationally and trying to become a professional. Recreational players are not taxed on winnings, but can’t write off losses. Professional players are taxed on winnings and can claim losses. “There are a number of young Canadians who play online poker from, paradigmatically, their parents’ basement and they are earning significant amounts of money,” he said.

“They’re in a tough spot because are they professional or are they not? They are not really relying on the winnings to support themselves, but they are making significant amounts of money. Should they be considered professional or not?”
He added that so far very few players have been able to convince the CRA and the courts that they have moved from recreational playing to becoming a professional. “It’s hard to say exactly where the line is because we don’t know where the line is,” he said. “It’s a fascinating case.”
SPRAGGETT ON CHESS
Share