This looks like a lot of good, clean FUN! Matt Rieger is well known in the Chicago theatre scene and has just written a play called ‘Playing God‘…and Beau O’Reilly gets to play God. The play opens in November at the CuriousTheatreBranch 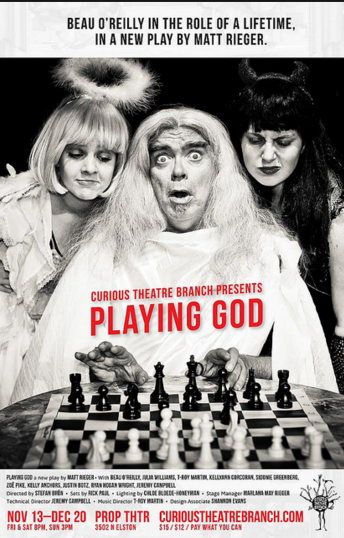 In the cosmic game room, lost souls challenge the creator himself in a board game to determine their fate. However, the almighty is in the midst of a mid-eternity crisis, struggling with the balance between fair play in competition and the desire to win. Featuring Checkers, Chess, Battleship, Operation, Clue, Yahtzee and more.