The Pulitzer Prize  is a U.S. award for achievements in newspaper journalism, literature and musical composition. It was established by Hungarian-American publisher Joseph Pulitzer and is administered by Columbia University in New York City.
Prizes are awarded yearly in twenty-one categories. In twenty of these, each winner receives a certificate and a US$10,000 cash award. The winner in the public service category of the journalism competition is awarded a gold medal, which always goes to a newspaper, although an individual may be named in the citation.
______________________________________________________________ 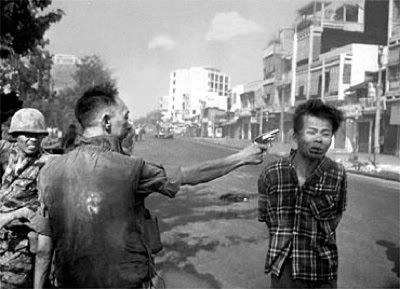 The photo above was taken in 1968 and is one of the most famous images of the 20th century. The picture was taken by photographer Eddie Adams and won the Pulitzer Prize. It is also included in the 15 Incredible Historical Photographs list. Many have seen this photograph but most are not aware of the full story behind it.
The man on the left shown executing a prisoner is South Vietnamese national police commander, General Lone. Before the execution it was reported that the prisoner had been the captain of a terrorist squad that killed the family of one of his deputy commanders. After shooting the prisoner, the general walked over to a reporter and said, “These guys kill a lot of our people, and I think Buddha will forgive me.”
When the photo was shown on television and appeared on the front pages of newspapers around the world, it was seen as an act of savagery and symbolized an unjustified war. Three months after the photo was taken, General Loan was severely wounded and taken to Australia for treatment. There was such an outcry against him that he was moved to Walter Reed Army Medical Center in Washington DC.
During the fall of Saigon in 1975 he asked for American help in fleeing with his family but was ignored and had to escape with his family in a South Vietnamese plane. Gen. Loan, whose right leg had been amputated, settled in northern Virginia, where he eventually opened a pizzeria restaurant. 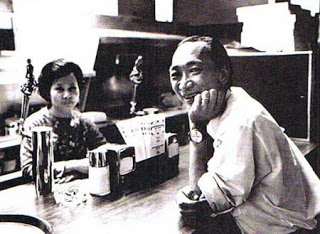 Loan was then forced into retirement when his identity was publicly disclosed. Eddie Adams (the photographer) stayed in touch and recalled that on his last visit to the pizza shop, he had seen written on a restroom wall “We know who you are, fucker.”
http://listverse.com/

http://www.time.com/time/magazine/article/0,9171,988783,00.html
”I won a Pulitzer Prize in 1969 for a photograph of one man shooting another. Two people died in that photograph: the recipient of the bullet and GENERAL NGUYEN NGOC LOAN. The general killed the Viet Cong; I killed the general with my camera. Still photographs are the most powerful weapon in the world. People believe them, but photographs do lie, even without manipulation. They are only half-truths.
What the photograph didn’t say was, “What would you do if you were the general at that time and place on that hot day, and you caught the so-called bad guy after he blew away one, two or three American soldiers?” General Loan was what you would call a real warrior, admired by his troops. I’m not saying what he did was right, but you have to put yourself in his position. The photograph also doesn’t say that the general devoted much of his time trying to get hospitals built in Vietnam for war casualties.
This picture really messed up his life. He never blamed me. He told me if I hadn’t taken the picture, someone else would have, but I’ve felt bad for him and his family for a long time. I had kept in contact with him; the last time we spoke was about six months ago, when he was very ill. I sent flowers when I heard that he had died and wrote, “I’m sorry. There are tears in my eyes.””  –Eddie Adams 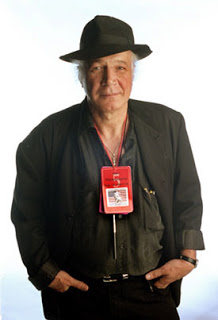 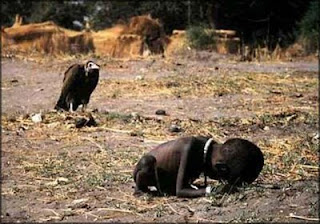 The above photo was taken by the South African born photo journalist Kevin Carter in March of 1993 in Sudan. The photograph was then sold to The New York Times where it appeared for the first time on March 26, 1993.
Practically overnight hundreds of people contacted the newspaper to ask whether the child had survived, leading the newspaper to run a special editor’s note saying the girl had enough strength to walk away from the vulture, but that her ultimate fate was unknown. The photographer had to leave the scene immediately after the photo was taken…
Carter was awarded the Pulitzer Prize for Feature Photography

”On only her second visit to the UK, Bolton School was privileged to host Kim Phuc, a UNESCO Goodwill Ambassador for peace and founder of the Kim Phuc Foundation. She is best known to the world as the young Vietnamese girl photographed in 1972 fleeing down the road naked, her clothes having been burnt off by a napalm bomb, which was dropped over her village, Trang Bang. The iconic Pullitzer Prize winning photograph has become synonymous with the Vietnam War.
Two hundred and fifty Sixth Form students from across the North West attended the event and were given a message of peace and forgiveness. Kim reflected on her early life in Vietnam and on the moment that the napalm attack unfolded. She had been a happy girl, always laughing and playing with her friends and had known nothing about war. Nothing that is until, aged 9, on 8 June 1972, her village was attacked. She recalled the aeroplane being incredibly loud and incredibly close and then she was running down the road with her skin on fire. In the photo she was calling out “too hot, too hot”.
The moment changed her life for ever. Kim underwent 17 operations, the last one in 1984. She had felt sure that no-one would ever love her because of her burnt skin and kept asking herself “why me?” She carried a lot of anger in her heart but realised she had a choice, “either die of hatred or change my heart!” Using Jesus’ teaching of love your enemies, she has worked, through the Kim Foundation, to look after children that are victims of war.”
http://www.boltonschool.org/sixth-form-boys/news/iconic-vietnam-war-child-brings-message-of-peace