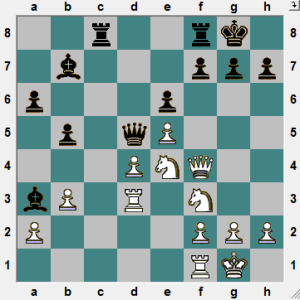 From yesterday’s round of the Mitropa Cup.  Position after  21 moves of play.  Two Knights versus two Bishops!  The Black Queen and Bishop (b7) are lined up, hoping for action on g2, while White has amassed considerable firepower in the centre.  His pawn on e5 provides  support for Kingside operations. 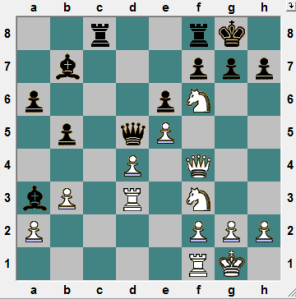 The first salvo of the attack, forcing open the Black Kingside

How should White get his Rook into play? 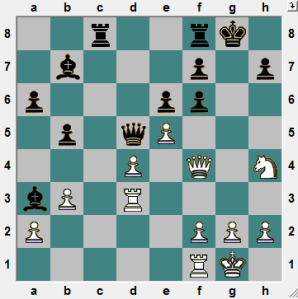 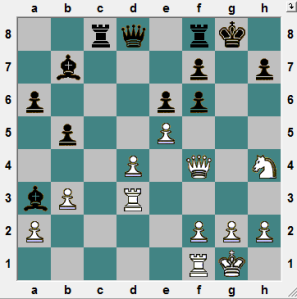 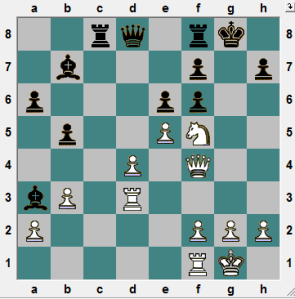 The only way to win!

Based on the interference theme, Black will no longer have the …Be4 shot.  White threatens mate in 2 moves. 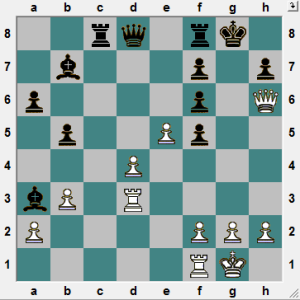