Nakamura loses on time after misunderstanding 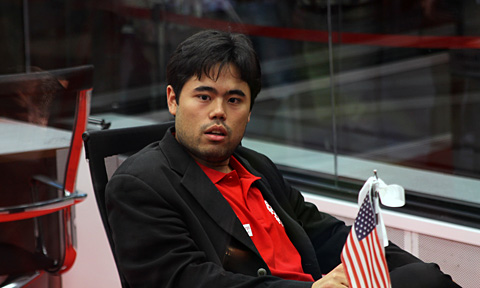 We can only express our sympathy for the young American!  Nakamura thought he had reached time control, looked to the arbiter for confirmation (who apparently nodded) and then went to get some orange juice before returning to the board only to find that he had been forfeited!  He had only made 39 moves… an appeal has been filed but as of yet no decision taken.

From what I can gather from press clippings, the arbiter had acted correctly and according to the rules.  In international competition the onus is always on the player(s) to make sure that the correct number of moves have been made and recorded.
Any misunderstanding does not change the fact that only 39 moves had been played by the American star, and so it is highly unlikely that the 1-0 result will be overturned.  The unfortunate thing from Nakamura’s perspective is that he needed to win this game inorder to keep his chances alive to overtake his rivals.
SUCH IS LIFE!
And then you die…