Mopping the floor with a mullah 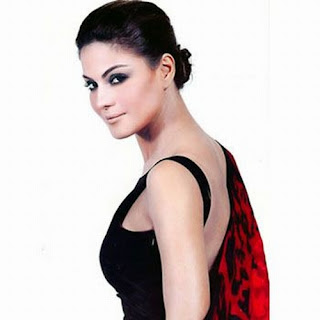 Veena Malik is a Pakistani actress who appeared on the very popular Indian TV show Bigg Boss (the Indian version of Big Brother). In the clip above, a mullah tells her she brought shame on Pakistan with her behavior on the show, and that 100% of Pakistanis agree with him. The mullah also admits he didn’t watch the show himself, but knows all of this to be true.
Veena responds by pretty much mopping up the floor with him. She points out out how her religion backs up her actions, where he’s in violation of the same rules he’s taking her to task for. She also says if he wishes to defend Islam, there are countless targets more deserving of close inspection, but here he is instead wasting his time complaining about an actress.
It’s fantastic. The world needs to see more of this. Go Veena!
(via soupsoup; via boingboing)