Monday morning and other nonsense….

The start of another week!  The Bilbao leg of the Grand Prix picks up today after the finish of the first leg in S.Paulo a week ago or so.  I look forward to seeing the games!  Hopefully there will be plenty of blog material coming from that…
Here is a really cool video that Ralph let me know about: flying!  For those of my readers who prefer to keep their feet on the ground, this video might want to change your mind!

For more info on this rad paramotor sport, check out these links: http://www.parabatix.com  and https://www.facebook.com/Parabatix   Music by Scott and Brendo.  Download the song off of iTunes here: http://itunes.apple.com/us/artist/scott-brendo/id563803379  and Facebook: http://www.facebook.com/scottbrendo   This was shot in the Alps of France.
CFC  TO MAINTAIN  CURRENT LEVEL  FINANCING  FOR  PROGRAMS!!!

The CFC just finished holding a 4-day online meeting of the governors. While something of a disappointment trying to follow proceedings because nobody outside of a select few actually knew the exact wording of the motions being discussed–Ontario governor and organizer Aris Marghetis repeatedly pointed this out and in the end voted ”abstain” for each motion as a form of protest–some positive things emerged from this meeting. 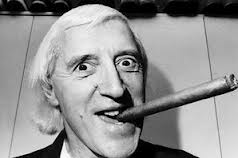 A very productive meeting! Let’s celebrate!!
FIRST–and very important for Canadian players–despite hard economic realities and a falling CFC membership, the CFC executive has decided to maintain the 2011-2012 level of financial committment for its 2012-2013 National and International Programs!
This means that for the coming year the CFC will set aside exactly $0.00 to cover these programs, identical to the  previous year’s investment!  The upside, as the CFC president von Klutz pointed out–with some irony– there will be no need to adjust for inflation…

SECONDLY, the CFC will continue to publish its e-zine equivalent of a magazine , for atleast the immediate future.  The $18,000 a year contract with the editor–IM Porper–has been renewed on a month by month basis.
This represents the ONLY non-administrative expense that is forseen for the coming fiscal year.  In the past year the CFC has actually been operating at a loss if you don’t consider the $8,000 and change that the Foundation gives it yearly: money from memberships and rating fees are LESS than operating expenses (part time employee and office expenses) and the magazine.   This pattern is expected for the next few years, atleast.
A number of individuals have expressed reservations about continuing to spend so much money on a magazine that most of those who receive don’t even read.  How many of the CFC members actually receive the magazine?  The CFC has absolutely no idea (!) because they don’t have the email addresses of most of its members….

Finally, as a way to give governors a ”good tummy” feeling at future online meetings, CFC long-time mafioso Chris Mallon has called for mandatory ”good news” stories to be submitted by each and every governor!

WHY  I  LOVE  BEING  CANADIAN!