This should be a busy week for me as I rush to finish the things that had been put on the backburner awaiting a rainy day.  I wanted to go to Angola (Cuca) to play in a strong open tournament , which should start this Friday.  Today I was  to get vaccinated but found out that the vaccine I needed had to be administered atleast 10 days before! So I had to cancel…

Coffee is a good idea ANYWHERE!

On the photo: the US team flying to the Olympiad 1960 in Leipzig. William Lombardy, Robert Byrne, Artur Bisguier, Nicolas Rossolimo, Raymond Weinstein, the captain Isaac Kashdan. The leader of the team Bobby Fischer is not on the photo. The picture is from the book “Art of Bisguier” by Newton Berry.
Following Robert’s death last Friday, the chess world is giving just tribute to his legacy as one of America’s great chess legends.  Most top web-sites have carried the news.  Funny how popular one can become after one’s death: I have busy downloading great and hard to get  photos of Byrne from when he was an active player.
I will be doing a number of blog articles on his chess legacy this week.  I played him only once, in the Kavkasian International (New York, 1983) and I came away with some very positive impressions.  Robert was a gentleman’s gentleman in chess.  Even in defeat. 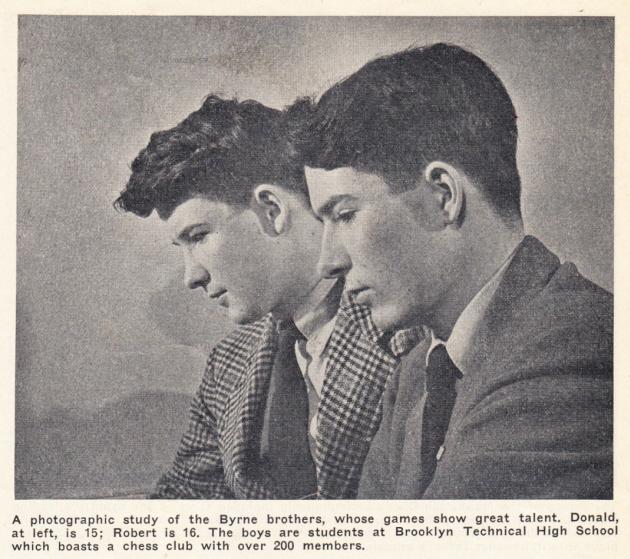 Byrne, on the right in the above, was also the chess writer for the NewYorkTimes.  A number of my games were published thru out the years.
MORE IN THE COMING WEEK
—————————————-
HOW WEALTHY IS PUTIN?
Funny, yesterday on the bus back to Madrid I was sitting beside a young woman from St. Petersburg who had studied at the same university as Putin.  She , like most young people today in Russia, want to see changes at the top and, in particular, to see Putin and gang leave politics.
She mentioned to me that Putin is one of the wealthiest men in the world (possibly even the MOST wealthy) and that it was with his influence that many of the richest Russians were able to get their money out of the banks in Cyprus (this is still a well guarded secret and has not yet become public) after the crisis began.
So how rich is Putin?  Nobody really knows.  In 2010 THE GUARDIAN estimated that he was worth atleast 40 billion dollars, though Putin has vehemently denied this:
”One political analyst, Stanislav Belkovksy, estimated at the time Putin was worth at least $40bn (£25bn). Putin ignored the story for several months, but eventually described reports that he had amassed a fortune through undisclosed links with business people as “just rubbish, picked out of someone’s nose and smeared on bits of paper”.
Very colourful language by Putin.  I like the way the Russian language is able to colourfully portray one’s insults…IN ANY CASE, allegedly Putin is just a normal bloke and not the wealthy tyrant that he is supposed to be.  Just the other day the official Income Declarations of Russia’s top leaders was revealed: 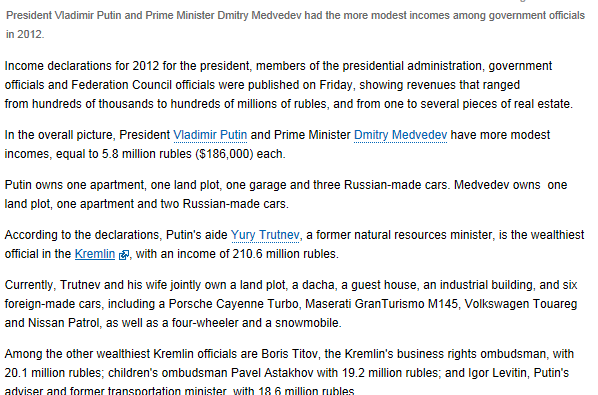 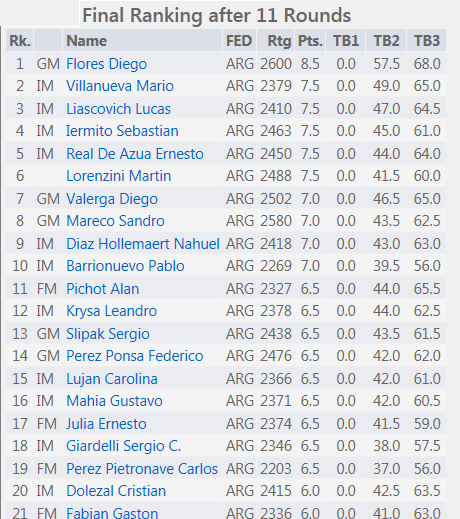 The Argentine Absolute Championship is one of the very strongest national championships in the western hemisphere. 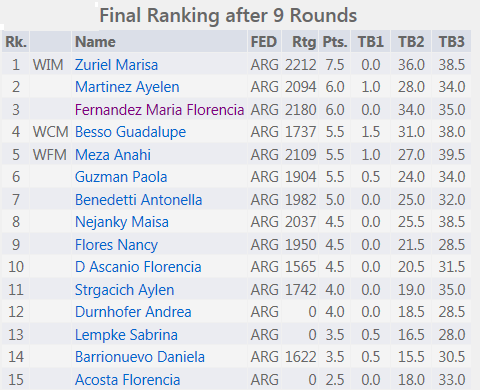 The talented Maria Florencia Fernandez could only finish in shared 2nd-3rd this year!

I love the expression of both players!  Black appears to be praying…