Monday: catching up on my news

Over the weekend a story appeared in the New York Post about a rich charity (Chess in the Schools) http://www.chessintheschools.org/  that has been attracting attention because of some whopping administrative expenses.  For example, the President and CEO of Chess in the Schools had seen her salary increase from $25,000 a year to $244,000 in the few years she had been working there!  Meanwhile, last year they reported a $2 million loss!  And worse still: it is all legal…
____________________________________________
”Charity queen’s king’s ransom”
http://www.nypost.com/p/news/local/manhattan/charity_queen_king_ransom_v4sU6Wp29wfa8MQ0jjsT2L
By HEATHER HADDON and JOSEPH GOLDSTEIN
Sunday, November 28,2010
Taxpayers are getting rooked.
A high-society charity that funds chess programs in poor schools has become a gold mine for its executive director, a former Wall Streeter who pulls down a $244,000 salary, and its treasurer, who helps run a mutual fund that handled millions in the program’s investments.

In 1994, Marley Kaplan, 61, left the investment-banking world to be a do-gooder at Chess-in-the-Schools, which teaches children the game.
At the time, she was heralded in media profiles for giving up her six-figure salary for a job that paid a meager $25,000. “[She] did not have a wealthy husband or any family money to make up the difference,” one story gushed.
(http://www.nytimes.com/2009/11/12/giving/12EXEC.html?_r=2&partner=rssnyt&emc=rss  –editor)
But quietly, her annual salary leaped, including a $100,000 raise between 2007 and 2008, financial records show.
“That seems quite dramatic,” said Sandra Miniutti, vice president of marketing for watchdog group Charity Navigator.
Kaplan’s kingly compensation is double the $120,000 that chiefs of similar-sized nonprofits in the Northeast receive, according to Charity Navigator.  http://www.charitynavigator.org/
The chess group’s former development vice president pulled down $164,000 and its head administrator raked in nearly $100,000, according to financial records.
The Manhattan-based program runs chess classes in 51 low-income schools, teaching 13,000 students and running dozens of tournaments.
Students get free books, boards and coaching from 17 chess champs, who are paid $35 to $50 an hour.
Since 2005, the City Council has allocated $1.8 million in funding to the group to run programs for the departments of Education and Youth and Community Development.
“It’s an excellent program,” said Councilman Robert Jackson, chair of the council’s Education Committee, who conceded Kaplan’s salary was “a lot of money.”
In addition to the salaries, the nonprofit spent $104,000 on “investment advisory fees” last year, according to its financial statement.
Of the $7.7 million it invested — taxpayer money and donations — nearly half was moved into a mutual fund run by Blackstone Partners, the firm where Robert Friedman, the nonprofit board’s treasurer, is a managing director.
He sat on the board’s finance committee when the shares were bought.
Charity watchdogs said such a move is a no-no. “[Board members] need to be absolutely objective in that role,” said Bennett Weiner of the Better Business Bureau Wise Giving Alliance, a watchdog group.
And the investments backfired, with the Chess-in-the-Schools group losing nearly $2 million last year, according to financial records.
A Blackstone representative said Friedman recused himself when the board voted on investing in the fund, and the idea came from a different trustee.
Sources close to the group said salaries across the board were slashed this year because of the economic downturn, with Kaplan taking the biggest cut. Unlike many other nonprofits, she is both the president and CFO, which saves money, they said.
Kaplan said she could not immediately comment, citing the need to get approval from her board before speaking.
_____________________________________________________
NEED WE BE REMINDED?
Need we be reminded about what a great game chess is?  No, ofcourse not!  But from time to time it can not hurt…stories and rumours of corruption in FIDE, the OCA Trillium scandal, chess teachers being sent to jail for molesting their students, chess administrators with no scrupples, etc, etc, etc. tend to persuade us to forget that it really should all be about chess instead!  No?
I pulled the following article from a writer in Korea.  Simple and with a clear message.  Let us not allow ourselves to be persuaded otherwise…
”Charms of classic chess”
http://www.koreatimes.co.kr/www/news/opinon/2010/11/137_77154.html
By Gulliver D. Alumbro Jr. 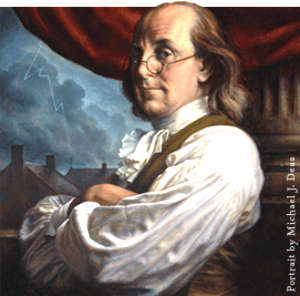 “The Game of Chess is not merely an idle amusement; several very valuable qualities of the mind, useful in the course of human life, are to be acquired and strengthened by it, so as to become habits ready on all occasions; for life is a kind of Chess, in which we have often points to gain, and competitors or adversaries to contend with, and in which there is a vast variety of good and ill events, that are, in some degree, the effect of prudence, or the want of it.” ― The Morals of Chess, Benjamin Franklin [1750]
Staring out into the vast emptiness of a twilight sky, I couldn’t help but ponder as to what people did a thousand years ago when there was a lack of electric power, appliances, technological advancement, devices, or console games. I wondered what games they played back then or how they whiled away their time. Chess effortlessly drifted into my mind.
The game of chess might have survived ages not only for its entertainment value but also for killing time. Moreover, it might have been the best game that was played by rulers and noblemen alike for it is never outdated, is portable and has this hand-crafted availability. A new game usually runs its course as a trend but so far chess has survived not merely decades but countless generations.
The history of chess is intriguing in itself and still open for discussion and debate. It has been contested by several countries with regard to origin. The predecessors of chess might have been from India, Persia, or even China. An Iranian chess set was discovered and dated back as early as the 12th century. Chess was probably carried and passed on by merchants, soldiers and vagabonds over continents across cultural boundaries.
By the year 1000 A. D. chess had caught like wild fire and spread all over Europe. In modern times, what was once a mere game was elevated as a sport and even recognized by the International Olympic Committee. Roughly, at present, ten percent of the world’s population knows how to play chess.
Chess is played on a battleground board of 64-squared black and white tiles occupied by 16 pieces of opposing forces, composed of kings, queens, bishops, knights, rooks and pawns. Two kingdom rivals pit battle along the sidelines towards the center. The fight for positioning, gaining pieces and grasping victory ensues. The game is won by capturing the enemy’s king. Checkmate is declared upon the capture. Rarely, a draw would be in the offing.
Playing chess is akin to the game of life which requires a sharp wit, brilliance in strategy and guts for glory. Sometimes you win, sometimes, inadvertently, you lose. There are countless variations and openings as to how the game can be executed. The opening moves of the aggregate pieces are critical in establishing the strengths needed in fronting an attack or the weaknesses in mounting a defense. The equilibrium between defense and attack in the mid-game may determine the outcome of the game. The capture of the opponent’s king in the end game is always priceless victory. Checkmate!
The three L’s that continually control, shape and hone my life, I attribute to chess: law, life and love. Law, like chess, is spirited by rules and regulations for the benefit of both the citizens and the State. Life, like chess, requires planning and should failure impede, one should overcome or at least try again. Successful people have more or less failed in one form or another. Love, like chess, requires certain sacrifices in order to succeed. Love, is after all, work; a residue of duty and commitment.
Thus, in playing chess we learn some ways in dealing with life, love and law which requires a blend of prudence, diligence and persistence. One cannot be expected to win all the time in life but one may attempt to always aim for success.
One may keep humility in winning and yet still retain a certain degree of pride in losing. It is a classic game which will surpass other present games and survive another thousand years and probably even more.

The writer is a food technologist, holds a bachelor of law and is currently teaching conversational English at Sisa English Language School in Gyeongsan, North Gyeongsang Province. He may be reached at [email protected].

ELSEWHERE
It is something to see the growing outrage at what the TSA has been up to recently!  Witness the following popular action:
ASL ALLY UNYANKED!
When popular YouTuber ASL Ally — who posts videos that interpret song lyrics in American Sign Language for deaf and hard-of-hearing people — had her YouTube channel yanked after complaints by Warner and Universal, the Electronic Frontier Foundation’s Cindy Cohn came to the rescue. Cohn called up YouTube, and YouTube contacted the rightsholders, and everyone agreed that there was nothing wrong with Ally’s wonderful work. However:
“The problem is that the various music groups hire zombies and trained monkeys who scour the Internet searching for any use of their licensed material regardless of the context or purpose,” Cohn said by phone on Monday.
“Often, this leads to flagged entries and complaints on sites like YouTube that really should have been approached with greater discretion.”
SPRAGGETT ON CHESS
Share