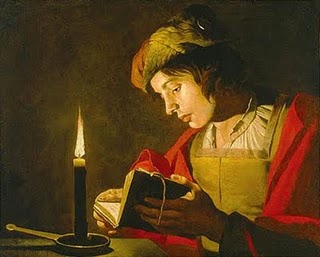 Chess is a clash of ideas: in each game we fight to prove the validity–and at times the superiority– of  our ideas over those of our opponent.  Naturally, since it is only at the end of the game that the truth emerges, during the game there is always doubt and uncertainty…and this makes chess a great spectator game!
In the position below (from an exciting game in Biel between 2 of the best young players of the moment) both sides are fighting to win.  Black is counting on his domination of the 7th rank (combined with his long diagonal a8-h1) while White is trying to prove that his pawn on f6 (and the lingering threat of Qh6) is more relevant.
In the end, it is weakness of Black’s back-rank that is the decisive feature…
POSITION AFTER 22 MOVES:
GM  VOLOKITIN

A razor sharp move!  Black can not take the Queen because of the mate on the back-rank.  This forces Black to pull back momentarily from his attack…
23… Rxg2-ch 24. Kf1 Qb8

Alas, the Black King is not so safe afterall!  Black can not take the Bishop because of mate in 2 moves

White played 27.Bd5, which was good enough to win anyway.