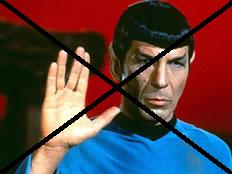 Not to be confused with Spock’s ”Live LONG and prosper.”

LINK
Kali Holloway (above) is  a multi-talented artist.  She is also  the Outreach Director for Brooklyn Castle, and a freelance writer who works with up-and-coming filmmakers to help with branding and messaging. She writes music and audiobook reviews for the Prefix music blog, Rhapsody, eMusic, the San Francisco Bay Guardian, the NoisePop Festival and many others.
Previously, she served as speechwriter for a New York City Commissioner and was Deputy Director of Communications for the New York State court system. She currently writes Promotional Copy for the DFA Records label and sings in a band called Easy Lover.
Kali also maintains a comedic blog about the things she would do for one million dollars. It is a fun blog!

She also has a book ready to publish: Live wrong and prosper: your morals for a million $.  Check it out!

For those interested in the RULES, click here.
In essence, readers can write in to Kali and make dares (and questions) that she has to consider. Naturally, if she accepts and actually follows thru, then the reader(s) would have to give Kali a million dollars (!)….I am not certain if Kali has made any money from this so far, but here are some of the things that readers suggested:
WOULD YOU EAT A SERVING OF HUMAN FLESH? 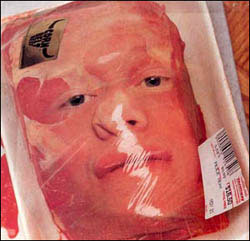 Would you be homeless (meaning “living on the street and/or in shelters,” NOT “couch surfing with friends”) for a year?

Kali accepted!   ”I love the getting-down-like-David-Duchovny-at-a-drunken-office-Xmas-party questions because I am pretty much always willing to do dares that would get me fired real quick like and then ”punish” me with a million dollars. It’s like, “Oh, no! Please don’t give me a way out of this 40 hour a week Sartre play and then, double please, please don’t give me a shitload of money I can and will use to buy happiness.” As far as I can see, this is win-win. Yes all over this one. Very, very yes! I would love to never see half my co-workers again anyway, and I think arousing myself to orgasm (real orgasm, ladies! The Spice Girls did not sacrifice their lives so we would have to fake our orgasms!) in front of aaaaaallllll of them should just about do the trick. I mean, who would say no to this? Who cares what people at work think of you? You’d never have to go there again (duh. Is this thing on?). I am so into this one it’s not even funny.”    Link
_______________________________________________________________
Would you eat a semen-filled croissant? (Guaranteed disease free!)