I am not joking!  The MOSCOW TIMES reported today that Putin  intends to rejuvinate the failing Russian space program and create a separate ministry dealing with this issue.  At a press conference at the Duma, an additional idea was floated by the colourful Vladimir Zhirinovsky: to fire-off into space Russian dissidents and political opponents of the ruling party! 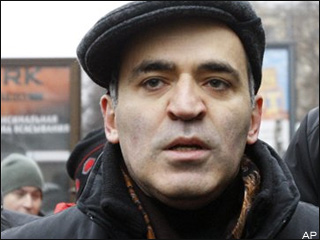 Space-bound?
Although Kasparov is not quite  at the top of the list at this moment, there is no doubt that the former world champion would get his turn should Putin’s space plans move forward!    The outspoken anti-Kremlin critic could become chess’ first official space ”tourist”!.  Grandmaster Alexander Khalifman could not be reached to comment on this development… 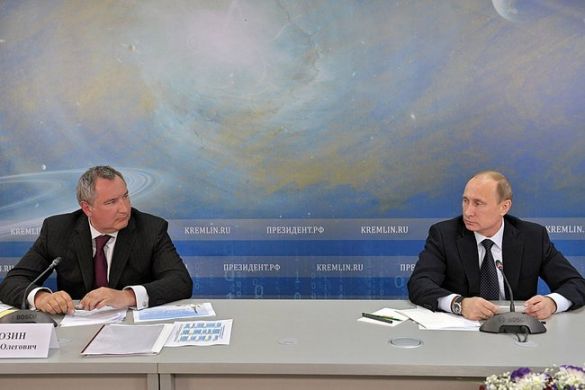 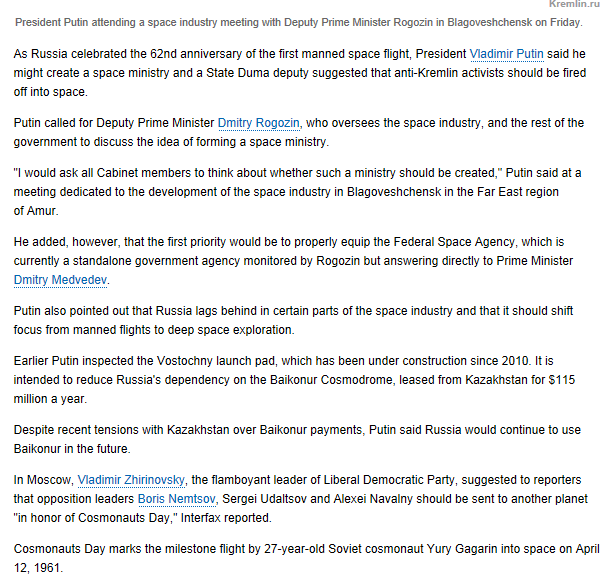