Interview with Canadian (soon to be gm) Eric Hansen

Calgary based IM Eric Hansen has been having a great month!  Though he started badly in the World Junior in Greece, he finished like a meteor, scoring an excellent and well deserved ranking high in the cross table.  Quickly followed a tie for 1st in a strong open (also in Greece–see my Monday blog entry) plus Eric’s first GM-norm.
Now Eric is on fire in the Olympiad in Turkey:

Only one loss and an excellent tally of 5 points in 7 rounds.  It looks like Eric’s chances of another gm-norm are real.  HOWEVER,  while Hansen is doing great the same can NOT be said of the rest of the Canadian squad, which is quickly sinking ingloriously to the bottom of the x-table like the Titanic 100 years ago off the coast of NewFoundLand. 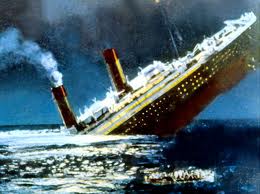 Next round Canada should be paired against some lowly  3rd-world country, and it is entirely possible that Eric’s gm-norm chances will diminish as a result. Average rating is a significant factor in calculating norms.    UNLESS, of course, Canada manages to finish with a flurry of wins…in anycase, I am certain that my blog readers wish Eric all the best in the next rounds!