photo by Ray Morris-Hill
Women’s World Champion Hou Yifan, after yesterday’s victory over Judit Polgar, has left no doubt in anyone’s mind why she is the top female player in the world today when she won yet again, this time  against Viet Nam star Le Quang in a sharp Sicilian defence.  This puts her in a 2-way tie with England’s Mickey Adams.
Yifan played a bit recklessly in the opening and experts felt that she was on the brink of being definitely worse when she wisely embarked on some wild complications.  The game should have been  a draw towards the end, but the Viet Nam star stumbled and fell into a mating net. 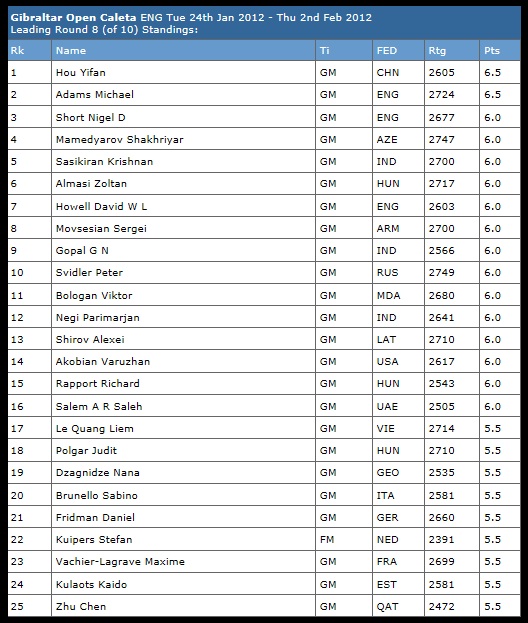 Retreating the Knight would simply leave Black a pawn to the good.  Fortunately for the chinese star, she has a perpetual check with a simple Rook sacrifice:

It is forced mate!

”I believe in luck: how else can you explain the success of those you dislike?”
John  Cocteau