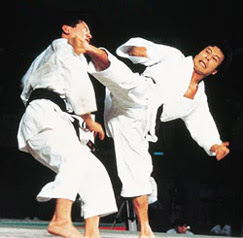 GM   IVAN SOKOLOV
White has a clear positional advantage: the mobile 3 vs 2  Queenside majority is especially salient.  Black has decided to base his defence on some sort of piece play on the Kingside, but this is doomed to fail since all of his threats are easily met without much effort.  In the next moves White presses home his Queenside advantage.

What is Black to do.  If he takes on c5 then White recaptures with the Queen, attacking the pawns on a7 and e5.  Should Black then exchange Queens (…Qb6) , then White has no problem:  he will win a pawn with Na4.  Black has little choice but to pursue his original idea of counter attack with his pieces…

Decisive!  Not only is this a passed pawn, but the Black Bishop is sealed in the corner, unable to contribute to the counter attack.   Black is now desperate….

Not falling for 31.Qxe5??  Nh3ch with a perpetual check

Black’s counter attack has come to an end and now there is little else to do other than try to defend against White’s growing threats….
31…f6 32.g3! Ne6 33.Bc4!

Probably even stronger is 37.c7!   In anycase, it makes little difference since Black decided to give up here !  His position is depressing, and it is futile anyway.  The White Queen will infiltrate on d6, threatening to win the Bishop in the corner (Qb8ch) .  Black’s only prayer is some perpetual beginning by a later …Qxf3, which White can easily prevent with a timely Kg2, defending everything.  A nice effort by Sokolov
[1:0]

White’s advantage in space and mobility is obvious.  All of Black’s pieces are jumbled and lack harmony and coordination.  It is not surprising that White needs only open lines inorder to impose his superiority.
42.exd6! Rxd6 [42…Rxe3? 43.Qxe3 wins ] 43.Rxe7 Nxe7 44.Qe5!

Ouch!  White has a nasty looking check coming in on f6 that Black can do nothing about…

A curious position.  White has 2 double checks at his disposal, but neither leads to anything  significant since the Black Knight on e6 defends against he mate on the g7 square.

However, White finds the correct sequence of moves:

Excellently played!  White has mutiple threats (beginning with the pawn on f7) and Black must now lose material.  If now 48…Qe8 then 49.Nfe5 is curtains.