I have to apologize to my readers for not updating my blog these past 2 days, but circumstances beyond my control prevented me from doing so.  It is funny how so dependent one becomes on having easy assess to the internet.  I made sure that the 4-star hotel that I would be staying in during the Spanish Team Championship would have wifi before leaving home, but when I arrived in Barcelona the internet connection broke down!  Only a few hours ago (after midnight here) the connection was restored.
However, such is life.  Technology is , in essence, just a machine and we all know that machines break down periodically.
On a more positive note, this month has seen my blog achieve a record number of readers and in the past 3 months I have seen my daily readership double!  Thankyou everybody!  In coming months this growth is expected to continue as my blog will be directly linked to virtually all of the leading chess sites in the world.
It is a rather unfortunate reflection on the CFC (Canadian Chess Federation) that any link (or mention) of my blog  does not appear on the official CFC website or in the official magazine.  Editor Tony Ficzere told me he was prohibited from mentioning my blog!  The irony is that virtually the entire Canadian chess community visits my blog on a regular basis anyway…more than those who actually receive the magazine or visit the CFC website! 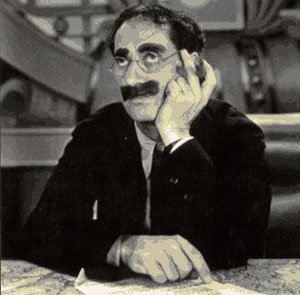 The first round of the World Cup saw the tie-breaks take place yesterday, and now the field has been halved from 128 to 64.  Amongst those heading home are Canadian representatives  IM Eric Hansen (Alberta) and GM  Mark Bluvshtein (Ontario).
While 19-year old Eric’s  elimination was not unexpected (Gashimov is a super-star on the rise and one of the pre-tournament favourites to get to the finals) and not at all humiliating (Eric played some great chess in the first game), Mark’s loss was something of a disappointment.  He was not really outclassed by his opponent (Riazantsev–whom I have beaten in over the board play) but his choice of opening in the first round left something to be desired.  In this kind of knock-out event an early loss is almost unsurmountable. 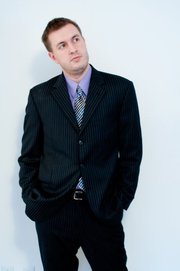 ”I will be playing against GM Riazantsev, ranked 50th in the world, in the first round. I don’t know when I will be coming back. Hopefully not too soon. It’s somewhat ridiculous that chess players (including myself) hope to qualify for the World Cup, to go to Khanty-Mansiysk, and half the players will be gone within a week. But such is life.”  wrote Mark, philosophically, on his blog just days before heading over to Siberia.   Mark will now focus on building a career in the financial sector when he gets home.
________________________________________________________
In the second game against Riazantsev  Mark was able to translate some pressure into an extra pawn in a 4-3 Rook and Pawn ending.  Unfortunately, winning chances are very slight, especially against a top notch GM.  Mark tried for another 43 moves from the position in the diagram immediately below before agreeing to a draw.

GM   Bluvshtein
Praxis shows that White has some winning chances if he can get his h-pawn to the 5th and support it with his g-pawn.  Riazantsev never allowed it.
Curiously, it does not take too much to lose a 4-3 ending, as the game Vassallo vs Pereira (Portuguese 2011 Team Championship, just a month ago) proves.  I actually witnessed it.  To be fair, Black was short of time and perhaps a bit too confident about his drawing chances…
IM  Pereira 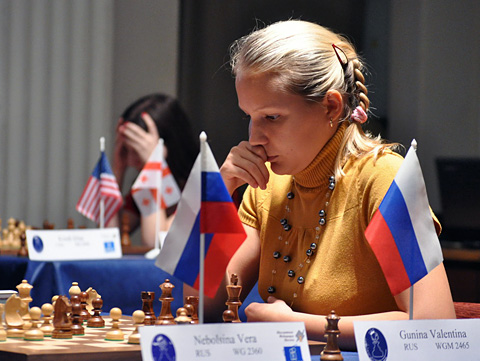 Valentina Gunina was born in Murmansk (1989) and won the Russian Championship for the first time just a few days ago, ahead of a very strong field. 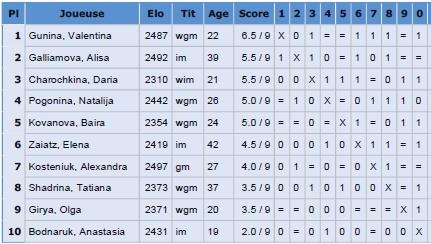 When asked (in an interview on Why Chess today)  why she did not take a perpetual check in the penultimate round when it would have virtually guaranteed her victory, Valentina replied very insightfully:
”Sometimes it’s very good when you press too hard.  I’m glad that Alisa beat me.  Sometimes you need someone to rub your nose in it and show you what you simply can’t do.  It really helps, and you start to look at life more soberly.”
___________________________________
Oh, shut up! 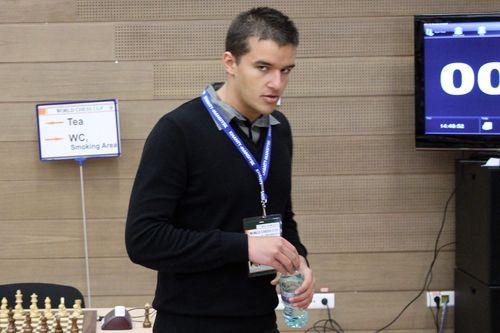 No one doubts that Bad Boy  Sebastian Feller  is a very strong GM  and possibly the biggest talent of his generation.  He passed thru to the second round of the World Cup by defeating Iordachescu in the tie-breaks (1.5-0.5).  In the regular time control games Feller lost the first game but came back in the second to keep his chances alive.
However, no matter how much success Feller achieves in Khanty Mansiysk, his reputation has been tarnished by his involvement in the notorious cheating scandal at last year’s Olympiad.  Virtually everyone believes that he is guilty of cheating and most think that he should be suspended for a very, very long time.  However, he is pursuing all legal options back in France and he has been (temporarily) allowed to resume playing while a judge reviews the case against him.
Feller has been challenged to prove his innocence by making public hundreds of SMS text messages made during play at the Olympiad.  After all, if he is innocent (as he claims) the SMS messages could discredit the entire case brought forward by the FFE (French Chess Federation).
Today on Why Chess Feller explained why he could not do that:
”I can tell you immediately that my lawyer asked me not to do that, as evidence should be introduced by the prosecution. By that I mean that in so far as the National Federation is accusing me then they’re the ones who have to look for evidence. Besides, my SMS messages are my private life, and there are rights that have to be observed by both parties. So that’s something I definitely won’t be doing.”