Dumb ass quote of the day!

I had almost given up hope!  The hours kept ticking by and yet nobody had said anything TRULY DUMB today!  What had gotten into people?  Then finally it came…thankyou  Calgary chess player and organizer Vlad Rekhson!
Following a thread on a Toronto message board focusing on FIDE lowering the rating floor for ELO’s and its possible reprecussions on the future price of gas, Vlad demonstrated epic stupidity and colossal ignorance!

Click on to enlarge
”Actually, I think that with the current FIDE format, CFC and other national federations are doing better than ever.  FIDE allows for essentially everyone to get a rating and to do so you must go through the CFC.  This means that tournaments who want to be FIDE rated must go through CFC.  Basically, this is what attracted the FQE to have an agreement with the CFC.  As long as FIDE doesn’t change that policy, I believe that CFC future is quite healthy.”

Almost brings back the argument for forced sterilization … 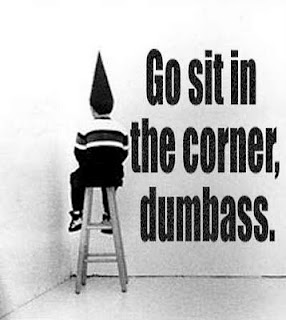