SPRAGGETT ON CHESS
In keeping with the policy of this blog to show the real side of our North American chess community, uncensored and completely true.

Make doubly certain that your child is not being taught chess by a known sexual predator!
Chess teacher, abuser faces life in prison

Ex-chess master pleads guilty
Sex offender could be sentenced to life in prison
January 30, 2010
http://www.coloradoan.com/article/20100130/NEWS01/1300341/1002/CUSTOMERSERVICE02
BY NATE TAYLOR
[email protected]
About two months after his capture in the Central American country of Belize, former fugitive, convicted sex offender and chess master Robert Snyder faces the possibility of spending the rest of his life in prison after entering a guilty plea Friday.
The 55-year-old Snyder, who was convicted in 2007 after he admitted victimizing his Fort Collins chess students, also faces having to register as a sexually violent predator.

Snyder was the author of the popular series Chess Lessons for Juniors, sold at most retail stores
If Judge Dave Williams determines Snyder is given that label, police in any community he moves to would be required to host a meeting notifying the public about his presence in the area.
Snyder will be sentenced March 30.
Police say Snyder used his world-renowned status as a chess teacher to gain families’ trust and to assault his chess students. After his 2005 arrest and conviction in 2007, he served jail time and was released in August 2008.
Upon his release, he was to report to his probation officer and begin serving time on sex offender intensive supervision probation, or SOISP.

Instead, Snyder fled the country and wasn’t located until November after the television show “America’s Most Wanted” featured him on an episode.
According to police, a parent at an elementary school in Belize saw the show and tipped off law enforcement that a man matching Snyder’s description, known as Augustin Rio,s was teaching chess to children through the school.
Before locating Snyder, police believed he might be trying to stay active in chess, and Fort Collins police Sgt. Paul Wood said he believed the fugitive was arrogant enough to continue to be around children ages 10, 11 and 12, which were the ages of his victims in Fort Collins.
Authorities in Belize arrested Snyder soon after the show aired, and he was transported back to Larimer County last month. He’s been held on a $1.5 million bond since Dec. 19.
On Friday, Snyder pleaded guilty to a felony for failure to register as a sex offender.
Williams will sentence Snyder to an indeterminate sentence – meaning the Department of Corrections will decide if and when he is eligible for parole – but Williams will be allowed to set a base number of years Snyder has to serve in prison. That base number could be anywhere between two and 12 years. 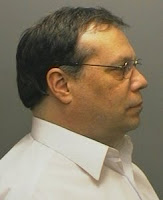 ”ONTARIO  MOST CORRUPT CHESS COMMUNITY IN NORTH AMERICA ?”
$120,000 disappears into thin air and no questions asked!
Readers will recall my December 22nd blog with the above title. Since that time, the OCA President, Chris Mallon, has publically refused to look into alleged wrong-doing on the part of his colleagues, past and present, arguing that the OCA passed a resolution prohibiting any investigation on the matter(!)
For his part, CFC President, Eric Van Dusen, has not made any public declaration on the subject, having completely disappeared from the scene (there have been just 2 GLs since July) , even though most of his Executive have been part of the OCA during the two year period in question and he just has to ask them for details. 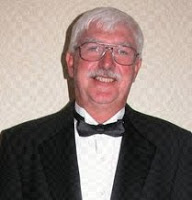 Many time CFC president and respected former-legal counsel for the CFC, Les Bunning, posted a message on one of the Canadian message boards stating that he feels that , in his professional opinion,  the 2 year period for legal action to be initiated  has not yet run out.
Despite this, and the many unanswered questions by members of the chess community, the CFC and the OCA have refused to budge or lift a finger. What happened to doing the right thing?   They have consistently refused to provide any fundamental information on the Trillium grant, and the matter is at a roadblock; deliberately stalled.  The issue has moved from ‘what happened to the Trillium grant money’ (120,000 dollars) to ‘how best to cover up the story and get people to move on’.
How much longer will the members of the Canadian chess community tolerate such an flagrant lack of good faith from its elected officials?  If things are to improve, either there is an urgent and immediate need for 100 percent transparency or a complete house-cleaning of Ontario chess organizations with subsequent heads rolling.  There have been too many cases in recent years about poor or non-existant accountability, almost always involving the same individuals.  Too much money is involved to just let it pass and move on and hope that it won’t happen again. This type of accountability should be easy to measure with bank records, numbers and dates.  Until this issue is dealt with satisfactorily, how can the membership sleep well knowing that the Chess Foundation has 250,000 dollars in liquid, safe-guarded by a proven lack of accountability?
_____________________________________________ 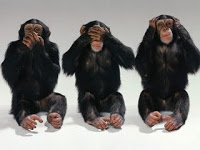 Karen Schmeer, the longtime Errol Morris editor who was hit and killed Friday night by a frenzied getaway driver, has been called “one of the greatest editors of her generation.” The industry professional, who edited “The Fog of War” and many other documentaries, was crossing W. 90th Street yesterday when she was struck down by a car fleeing from the police. Its driver and passengers had just robbed over-the-counter allergy medicine from a local CVS, and fled on foot from the scene of the accident with cops giving chase. 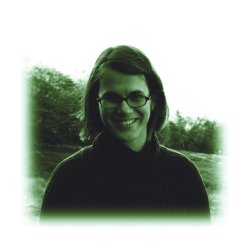 According to police, they tried to pull the Dodge Avenger sedan over at W. 86th and Amsterdam, but the driver sped on, hitting another car and then running straight in to Schmeer. One felon, who police were able to grab, has been charged with second-degree murder. The other two are still at large.

The 39-year-old—whose current project was a documentary about chess champ Bobby Fischer—died at the hospital. She’d edited a number of Morris’s documentaries from “Fast, Cheap and Out of Control” (a film he thought might be “completely uneditable”) to 2008’s “Standard Operating Procedure,” over which she clashed with the director. But according to the NY Times, Morris said she was a great editor “in part because she was difficult; she was opinionated; she brought a lot of her own ideas into the process.” Another colleague Greg Barker, director of “Sergio,” for which Schmeer took home an editing award at Sundance in 2009, added that “In a business full of huge egos — and believe me, she’s worked with a few of them — she was completely modest and incredibly self-effacing about her immense talent.”
UPDATE  “From shoplifting to murder. How stupid is that?” said one witness of a fatal collision between a getaway car and woman carrying groceries across West 90th Street. Three thieves had just taken packages of allergy medication from an Upper West Side drug store and were being followed by police, when they made a U-turn straight into the 39-year-old victim. Witnesses told the press that the sound of the crash was deafening, and that food items and milk covered the hood of the car.

One of the men arrested
The trio held up a CVS around 8 p.m. and fled in a Dodge van with police hot on its tail. “[The car] ran all these red lights and hit three cars,” one witness told the NY Post. “Then it came to a screeching halt, hitting this lady. All I saw was her laying on the ground lifeless.” Schmeer, a California resident, was initially pinned between the getaway vehicle and a parked car. Other witnesses added that the impact “sounded like a bomb” and that the thieves’ booty—Zyrtec packets—was strewn up and down the street.
The victim was rushed to St. Luke’s hospital where she died. Meanwhile all three perps ran for their lives. Cops were able to grab one suspect, but after leading police on a high-speed foot race, the other two escaped. “Two of them came running past the [West 91st Street] building,” doorman Michael Gonzalez told the NY Daily News, adding that he saw police grab one of them. They are still at large.
____________________________________________________________________________
SPRAGGETT ON CHESS
See also  Crisis in Dutch Championship
Share