”In fairness, even the finest arbiters will occasionally make misjudgements, but serial incompetency ought to be eliminated. The problem is that currently, short of committing downright fraud – such as submitting fake tournament tables – no one is ever going to be stripped of his IA title, regardless of how bad it may be.”
So wrote GM Nigel Short in the latest NIC magazine, according to one of the most reliable blogs on the net, Streatham. (I don’t get NIC, though I have often written for them in the past–an excellent magazine in every sense of the word!)
Yes, some arbiters are better than others–and what a pleasure it is when we have a really excellent arbiter in our midst–but an entire tournament can be ruined because of the presence of a really bad arbiter.  A serial incompetent type of arbiter.
My Canadian readers might very well  remember the fuck-ups in the pairings created at the Canadian Opens in Ottawa (2007-J.Berry) and in Toronto (2010-Hal Bond).  After the Ottawa event the organizer-Gordon Ritchie-publically tongue-lashed Mr. Berry on one of the message boards.  And if my memory serves me well, I remember in the summer of 2004 similar stories in the pairings at both the Canadian Open (Kampuskasing) and the Canadian Zonal (Toronto-M.Dutton).  The pairings in both tournaments were horror stories!

This year at the Quebec Open Serge Archambault will be chief arbiter–don’t expect any problems or criticism in that regard, Serge is one of the few competent arbiters in Canada today.
But what is ‘serial incompetence’?  I like this description (LINK):
Serial Incompetence
”Insanity is doing the same thing over and over again, and expecting a different outcome each time. Serial incompetence is the acceptance of incompetence, for an unfathomable gain. Serial incompetents in the office resemble the products of spooky evolution that take place on an isolated island divorced from mainland savagery. There creatures evolve in peculiar environments; give them tropical sunshine, a rock to lie on, a sea brimming with easy prey, and you can end up with very lazy creatures. In human form, the creatures have more leeway – not only do they live, but they make mistakes, lazing their days away on the cushion of a society floating in a sea of excess that tolerates their mistakes. Serial incompetents are at the far end of the 80% cannon fodder spectrum, they are the exemplars of how wrong anti-ambition can go. They are deluded, they are happy, they are everywhere. But they do serve a purpose other than being models of low, zero, or negative production. They are the ones who can disrupt the plans of the ambitious.” 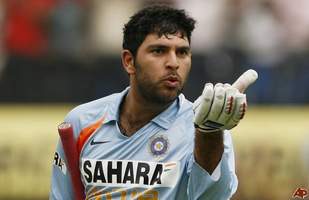 Once upon a time chess had more than just a little dignity and class.  Then along came Kasparov and Deep Blue….then slowly the sponsors started disappearing; the chess columns disappeared; etc.  (You know the story)  I got a kick out of this story.  It should make us realize how much chess has fallen in the eyes of the media and mainstream life.
I am fully fit for England tour selection: Yuvraj
LINK
Press Trust Of India
Kolkata, June 22, 2011
Star middle-order batsman Yuvraj Singh has recovered from the chess infection he suffered after the cricket World Cup and is gearing up for the important England tour next month. Yuvraj said he has completely recovered from the chess infection which ruled him out of India’s ongoing West Indies tour
And he is available for selection for the full tour of England beginning July 15.
“I am 100 per cent fit for the tour. I am sure most of the other seniors who are battling respective injuries would be fully fit for the tour. I am really looking forward,” Yuvraj said on the sidelines of a promotional programme on Wednesday.
Yuvraj said he had learnt life’s lesson the hard way when he was dropped for Asia Cup last year and that became a big motivation to do well in the World Cup.
Yuvraj overcame injury (shoulder) and sickness (dengue) to become the player of the tournament in India’s second World Cup triumph after 28 years.
“Only after we won the World Cup did I realise that in limelight everybody is with you but there would be nobody in times of trouble. It was a big lesson for me,” he said.
“It was the toughest phase of my career and I learnt an important lesson of my career. It was very tough to tackle injury, sickness and ouster together. World Cup was my goal last year, so it became a big motivation. I prepared well,” he said.
_________________________________________________________
BIN LADEN ALIVE AND WELL IN CHESS! 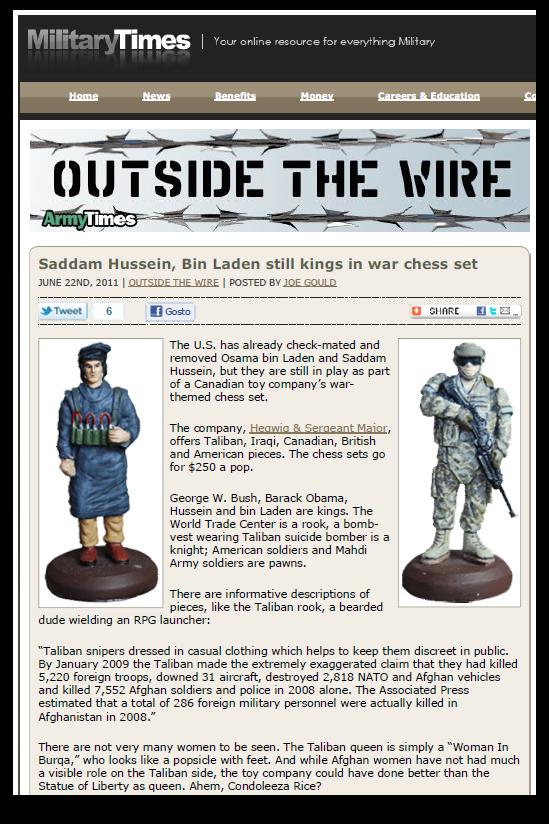 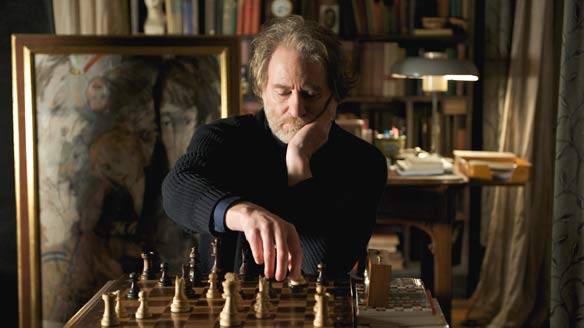 I also got a big kick out of this article.  Actor Kevin Kline (one of my favourite actors) showed up to do some promotional work at Chess In Schools  this past weekend for his latest film.  When the kids were asked to guess how old Kline was, they decided on ’80’ years old!  I guess he won’t show up there any more….

The waiting room.  A subliminal message that you will be there a very long time…
SPRAGGETT ON CHESS
Share