Chessvibes reports today that a German court  late last month ruled against Silvio Danailov’s legal action to seek compensation for Chessbase transmitting the moves of the Topalov vs Anand World Championship match held in Sofia, Bulgaria almost a year ago. 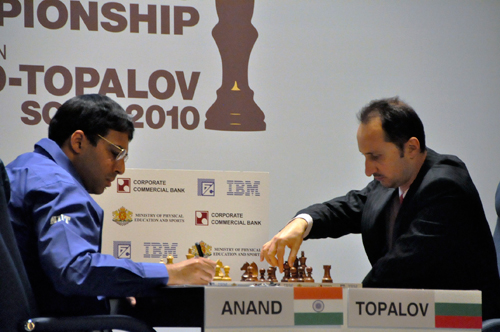 ”In May 2010 the Bulgarian Chess Federation, after organizing the Anand-Topalov World Championship match, took Chessbase to court for “violating copyright rules”. Chessbase had transmitted the moves of the match live on their Playchess server, without permission of the Bulgarians. Recently in a court in Berlin all demands of the Bulgarian Chess Federation were rejected.”
http://www.chessvibes.com/reports/bulgarian-chess-federation-vs-chessbase-0-1/#more-36913
This case is important in the chess world today because of the increasing difficulty in attracting sponsors for prime FIDE events.   It is thought that if an organizer of said event  could be guaranteed a certain ‘exclusivity’ with world wide transmission  , then it might be easier to line up sponsors.  Furthermore, it would allow for the generating of income from internet sites who might also want to re-transmit the games played.
I suggest the readers take a look at the chessvibes report, but from my understanding of the ruling (which might still be appealed once it becomes official–there is a 30 day waiting period) it essentially stops dead any dreams that the Silvio Danailov has with respect to copyright of games and their transmission live on the net.

1. In all the official competitions ECU shall exploit all rights which it owns or shares with third parties, such as property rights of any type, intellectual property rights and rights for audio-visual and sound-broadcasting transmissions by picture or data carrier of any kind (including all means of transmitting computer images, with or without sound, such as Internet, on-line services or the like, whether existing already or not). This includes the production, duplication, dissemination and broadcasting of pictures, sound or data carriers of any kind by ECU alone or with third parties.


2 For this purpose, ECU alone, or with third parties, shall be entitled to form or operate companies, for which they may make use of any legal entities authorized under Swiss law.


3. A detailed way of the exploitation of rights, the organization of transmitting computer images, with or without sound, such as Internet, on-line services or the like will be specified by the European Chess Union Board.

The score of the game is nothing but a record of the moves played.  It is not the game.
This court ruling in Berlin may paint the ECU copyright initiative to have no bite at all.  As a chessplayer, I would like to see money generated by the sale of our sporting and creative efforts (as players-ofcourse) , but in the end chess is very different from other sporting activities, such as (say) football or tennis.  In chess the game itself can not really be prevented from being divulged to the public as the game score is but a record of what happened, and not the event itself.  In the television transmission of football and tennis, the product being sold is the whole show or spectacle.

A football game is so much more than just the players and the ball being kicked back and forth.  There is a real spectacle (show) parallel to the game that adds to the marketability of professional football.

Besides, one aspect that I don’t like about Danailov’s initiative is that only the organizers themselves seem to gain financially from any successful outcome of their court challenge.
SPRAGGETT ON CHESS
Share