It seems like a natural thing to do: if you got lots of free time!  Chess and jail.  Chess and prison.  The US has the highest incarceration rate in the world.  At any one time, 0.7% of the adult population finds itself in prison.  Counting those on probation and on parole, 3.1% of the adult population in the US!  Those are BIG numbers!
So the natural question is ‘Why not chess in prison?’.  The answer is that it has existed for a long time already!  And the prison chess-playing population is growing faster than the memberships of most national chess federations!  THINK ABOUT IT!  Where did we go wrong, Bobby? 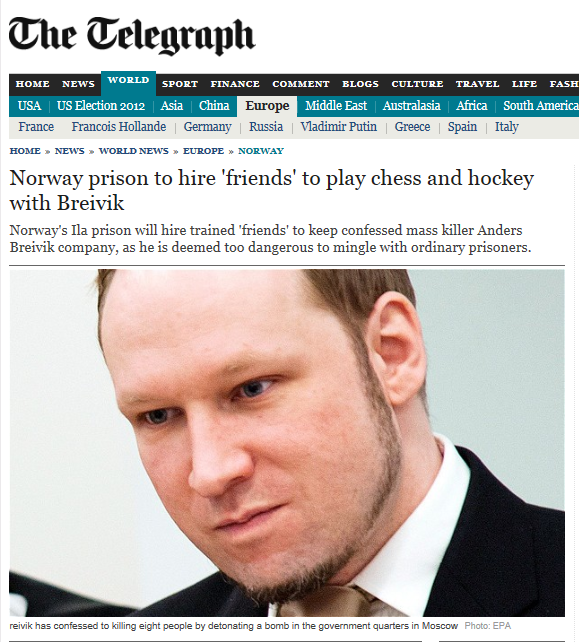 link   Mass murderer Breivik is in the news everyday.  He is a chessplayer, believe it or not!  Now how about that as an angle for trying to get sponsorship?