Mark Dutton, a well known, failed-chess organizer from Toronto ,has recently (today!) been appointed as chief arbiter of the 2011 Canadian Open to be held in Toronto sometime next July.
Mark Dutton exemplifies–based on more than 40 years of my own personal experience– all that is wrong, twisted and filthy in Toronto chess. I am willing– and able– to get hundreds of personal signatures of chessplayers and chess fans, not just in Toronto but all over Canada,  to sign a petition demonstrating disgust and abhorance at the offices of Mark Dutton.

An incompetent piece of varmint-feces to even the most discriminating of connoisseurs, Mark was the scandalous organizer of the last Canadian Championship that I participated in (2004).  Pairing rules were violated numerous times;  fellow arbiters were wide-eyed and shocked by his indescriminate pairing decisions;at one point in the tournament Canada’s top arbiters were summoned to try to salvage the tournament from inevitable catastrophe:  the entire tournament was put on ”PAUSE” as complaints of corruption and inepitude poured in from the spectators and players; the decision (according to an internationally respected Canadian arbiter who was included in the resuscitation process) was that the tournament pairings  had been so ”fucked up” that it was impossible to correct.

Mark has never been held responsible for his ”crimes”.  But he has disappeared from the scene  and has since moved to Victoria to start a new.  Perhaps convinced that the Canadian chess community has forgotten his mis-deeds….Mark has re-appeared.

But we have not forgotten Mark Dutton! Mark’s horrifically unethical actions in the ill-fated championship were backed up only by the infamous Barry Thorvardsson, today almost a mythical-fugitive from justice in the theft of more than 120,000 dollars of Trillium money and one of the most disgraced figures in Canadian history.

Congrats to the Toronto 2011 Canadian Open for choosing a known chess-hooligan to arbitrate its tournament. This guy belongs somewhere else…but not at the Canadian open! Shame on you! 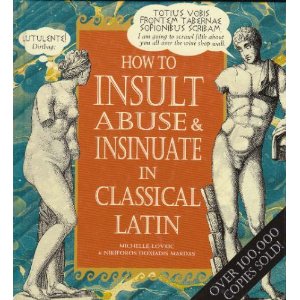