It is probably just a coincidence.  While many in the free world are protesting efforts to control the internet (ACTA), quite a few in Canada are protesting the Government’s latest efforts to legally spy on its citizens.  Spy bill C-30 would allow the government to invade your home computer at will and follow and copy all of your internet activities WITHOUT even so much as a judge’s permission.  Without you even knowing about it.
We Canadians are all proud that we live in one of the world’s safest countries, but we are beginning to slowly realize that we have paid a price for this . And we should be worried.  CSIS, Canada’s powerful spy organization, has a history of unorthodox interpretations of its mandate.
In the 1980’s the government was worried about extremist-right fascist organizations in Canada. To track the extremists, CSIS financed and set up it’s own fascist organization to attract other extremists.  It worked!  But it cost millions and when parliament found out about it all hell broke loose.  Another ‘success’ story of CSIS was to control Islamist extremism in the Toronto area by becoming a broker in the sale and production of  high-explosives.  (They arrested 17 so called terrorists after convincing them to buy 3,000 pounds of explosives!)
Some think that this is the way to keep Canadians safe. Others have doubts.  Today Canada has a well earned reputation of being the second country in the western world (after East Germany in the cold war era) of having the most number of paid informants. Canadians spying on Canadians.  In my own family, during the cold war, atleast one of my brothers was recruited by CSIS to spy on his own family; to report not just on  their every  political activity (my father and most of my aunts and uncles were devout communists all of their lives) but to keep tabs on their every move.
This is certainly not the Canada that I was born into…

Link to story
It’s often forgotten that, for Orwell, 1984 was far in the future — a distant and imaginary hell. Published 35 years earlier, in 1949, his book conjured up a surveillance state filled with chilling new concepts: “Big Brother,” “Thought Police” and “Newspeak.”
Today, 1984 has come and gone but Big Brother is real and present in ways Orwell never imagined. In China, the very names of imprisoned dissidents are banned from the internet. In Saudi Arabia, an unholy tweet can bring you a death sentence.
Here in Canada, though, freedom reigns. A sign of that may be that the government’s new plan for policing cyberspace is in big trouble.

Within 24 hours of its unsteady launch, the government pledged to send its new legislation straight to committee for amendments — some of which may come from the restive Conservative back benches. The bill is “too intrusive,” said New Brunswick Conservative MP John Williamson. Conservative voices across the land agreed — to say nothing of NDP and Liberal ones.
Conservative MPs don’t usually grumble about Conservative legislation — especially when one of their front-line cabinet ministers has declared that Canadians must “either stand with us or with the child pornographers.”
That remarkable statement by Public Safety Minister Vic Toews may have much to do with the anger at his bill — but it hardly accounts for all of it. When his critics described the comment variously as “stupid,” “insulting” and “disgusting,” Toews at first denied having said it — which, of course, led everyone to replay the tape of him saying it.
But it was not the only comment made by Toews that he may have cause to regret.
Just as remarkable were the unequivocal statements made by him and by his senior officials that the bill, known as C-30, includes no extension of the state’s power to conduct warrantless searches. None at all, said the officials — and the minister agreed.
“In terms of access, nothing has changed in the law,” Toews declared.
But his bill would, in fact, dramatically change the law to allow the government much, much more access to our online lives and identities.
To date, much of the commentary has focused on one aspect of this change: the fact that information identifying internet users must be disclosed to the government, upon demand and without a warrant, by internet service providers, or ISPs. Those facts include your name, address, phone number, email address and IP address — the latter being the unique code identifying your computer so that a webpage you click on is sent to you, not someone else. 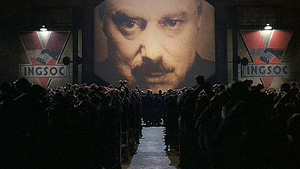 In that sense, the bill would definitely change the law on government access, which currently provides for voluntary, not mandatory, disclosure of your identity by ISPs. And, let it be said, the information can be crucial to the police. If an investigator sees a crime on the internet — be it fraud, hate or child pornography — he may be able to get the IP address of the source computer. But that does not reveal whose computer it is. Connecting the number to a name makes all the difference and, under the new law, the officer would be spared the bother of going to a judge and getting a warrant to find that name.
But, then, there’s Section 34. After reading it, you wonder whether it’s just pandas we’re getting from China.
Government-appointed inspectors
Among other things, the bill requires ISPs to install surveillance technology and software to enable monitoring of phone and internet traffic. Section 34 is there to make sure ISPs comply. So what, exactly, does it say?
Essentially, it says that government agents may enter an ISP when they wish, without a warrant, and demand to see absolutely everything — including all data anywhere on the network — and to copy it all. If that seems hard to believe, let’s walk through it.
First, Section 33 tells us that, “The Minister may designate persons or classes of persons as inspectors for the purposes of the administration and enforcement of this Act.” So we’re not talking about police officers necessarily. We’re talking about anyone the minister chooses — or any class of persons. (Musicians? Left-handed hockey players? Members of the Conservative Party? Sure, that’s absurd — but the bill allows it…)
Next, Section 34 spells out the sweeping powers of these “inspectors.” And, if they sound Orwellian, welcome to the world of Section 34.
The inspectors may “enter any place owned by, or under the control of, any telecommunications service provider in which the inspector has reasonable grounds to believe there is any document, information, transmission apparatus, telecommunications facility or any other thing to which this Act applies.”
And, once he or she is in, anything goes.
The inspector, says the bill, may “examine any document, information or thing found in the place and open or cause to be opened any container or other thing.” He or she may also “use, or cause to be used, any computer system in the place to search and examine any information contained in or available to the system.”
You read that right. The inspector gets to see “any” information that’s in or “available to the system.” Yours, mine, and everyone else’s emails, phone calls, web surfing, shopping, you name it. But, if that sounds breath-taking enough, don’t quit now because the section is still not done.~

The inspector — remember, this is anyone the minister chooses — is also empowered to copy anything that strikes his or her fancy. The inspector may “reproduce, or cause to be reproduced, any information in the form of a printout, or other intelligible output, and remove the printout, or other output, for examination or copying.”
Oh, and he can even use the ISP’s own computers and connections to copy it or to email it to himself. He can “use, or cause to be used, any copying equipment or means of telecommunication at the place.”
In short, there’s nothing the inspector cannot see or copy. “Any” information is up for grabs. And you thought the new airport body scanners were intrusive?
Finally, note that such all-encompassing searches require no warrant, and don’t even have to be in the context of a criminal investigation. Ostensibly, the purpose is to ensure that the ISP is complying with the requirements of the act — but nothing in the section restricts the inspector to examining or seizing only information bearing upon that issue. It’s still “any” information whatsoever.
Even before seeing the above details of the bill, many privacy advocates were concerned about its scope.
“It does not even mention that there should be a criminal investigation behind the request — it’s completely broad,” says Chantal Bernier, the federal deputy privacy commissioner.
“As the legislation is written now, it could impact any law-abiding Canadian citizen.”
Another expert, Michael Geist of the University of Ottawa, adds that “This legislation is building and mandating the creation of an extensive online surveillance infrastructure within Canada’s internet.”
In the past, the government’s critics have often complained that it seems exquisitely sensitive to the privacy concerns of citizens compelled to fill out long census forms, or to register their hunting rifles.
Perhaps that line of criticism will now fade. Section 34 gives a resounding answer.
___________________________________________________________