Team Canada Blog
I normally don’t write on this blog about junior chess in Canada for a number of practical reasons.  First, this blog is for the average  player who mostly plays for the love of the game, and that demographic means–99% of the time–that highschool is already behind them. Second, except for interested parents of chess playing children and perhaps their coaches, nobody really cares about what is happening in junior chess in Canada or how Canadian children perform in international youth tournaments.  And finally, few of Canada’s junior ‘champs’ ever amount to anything in chess (with several obvious exceptions such as Raja Panjwani, Mark Bluvshtein, Pascal Charbonneau, Eric Hansen, Bindi Cheng and Alex Lesiege) , and there are so many other interesting things to write about…
But I have written several times already this year here on this blog about matters relating to junior chess in Canada.  For instance, this year’s rebellion at the CYCC when the organizers at first refused to hand over the profits of the tournament to the CFC. 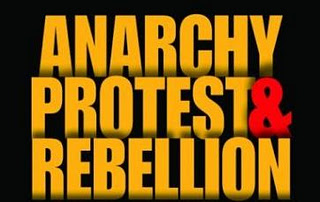 Following this problem, trying to dispell the rumours that some in the CFC were simply personally pocketing the profits, the (then) CFC prez Bob Gillanders promised at the annual meeting of the CFC to give a full accounting of last year’s CYCC profits and how they were spent. That was in July; now it is the end of November and still no accounting!  Nor is it likely to happen without a court order…
Such instances are naturally of interest to my readers.  This blog also serves to report on news worthy items that the message boards and the CFC simply try to ignore or downplay.
And following the rebellion this past summer, this writer found it interesting how the CFC executive tried to punish some of those involved (directly or indirectly)  by refusing to allow their children or children of their friends (trainers) to take part in Brazil.  The CFC executive tried to downplay numerous vocal critics of this policy by pointing to how  the CFC was only following its rules! ( It is always news when the CFC follows its own rules!)

Despite this ,simple calculations showed that something like 36 children from Canada had the right to play in Brazil.  The final count was 40 (!). Don’t be surprised if the math don’t balance!  The so-called ‘rules’  have fine-print that says that the Executive can disregard what is written  in the rule on a  case by case  review. (Each review requires a payment; it is not clear who keeps it..Bob Gillanders refuses to disclose facts and numbers.) 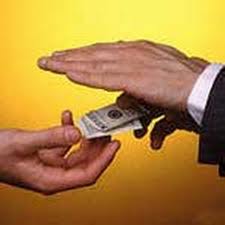 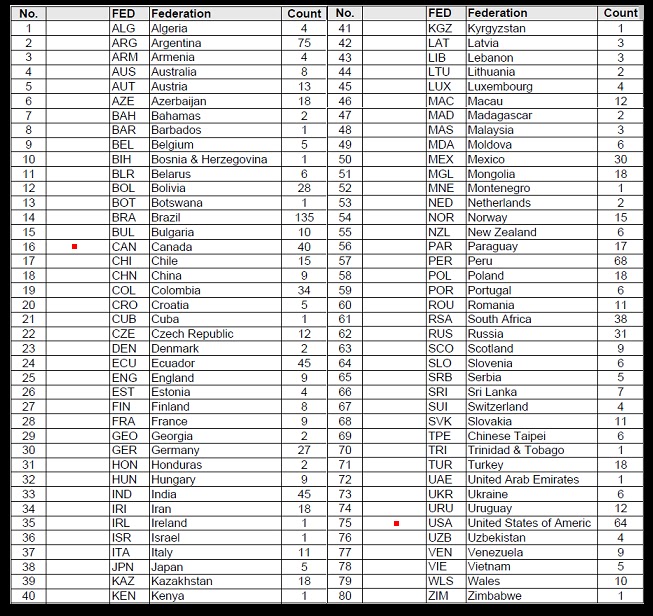 There were no Jason Cao-like results this year  (Jason won his group last year), but Canada did achieve an excellent 3rd place finish by Michael Song. Congrats!! 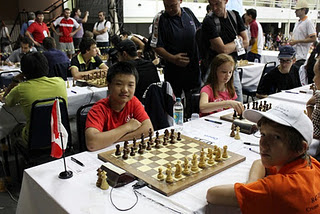 Michael Song scored 7 points in the U12 group 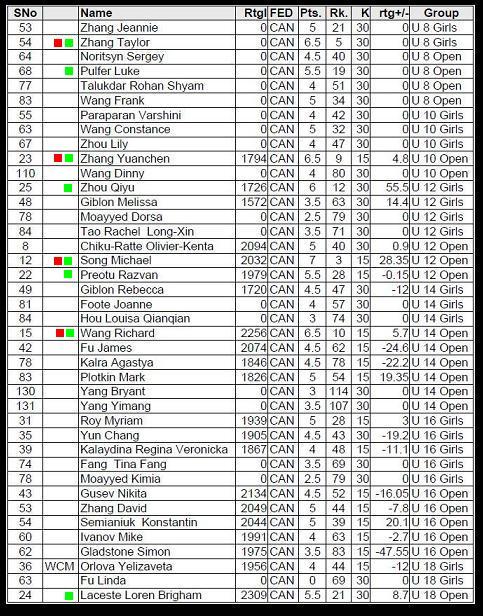 The red-square indicates the top-10 finishers in their respective section.  The green-square indicates those who scored 5.5 points or more..In other words, 8 players scored 5.5 points or more (5.5 points is always a very respectable result)
And what of the other 32 Canadian children?  You can see for yourself in the above chart, but it is worth mentioning that one participant lost all of her games (!) and 2 players got 2.5 points.  Clearly, they should have stayed home. 18 players scored 50% or less (more often less). 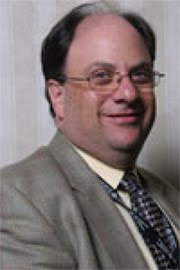 Perhaps Gary Gladstone (the team problem-resolver) said it most diplomatically:
”The Canadian Team did our country proud, in spirit, sportsmanship and camaraderie. It was a joy to be a part of all of it.”  Link
The CFC youth coordinator, Patrick MacDonald,  refused to accept any responsibility and instead tried to put a positive spin on things  with empty words:
”What a team for 2011!  Great results CANADA!”Link
And finally, many time Canadian international representative Jean Hebert  was perhaps the most rational:
”With the number of representatives that Canada had in Brazil (40), I find rather hard to be impressed by the overall result….Our kids have talent, just like the others. I think coaching and support is the missing ingredient, which may result among other consequences in lack of motivation and lack of study/work from the kids” Link 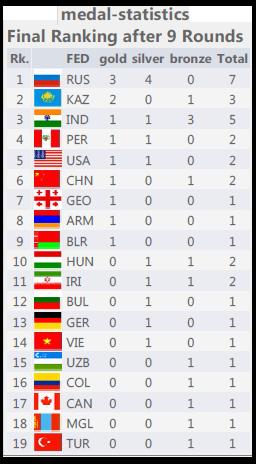