Today marks the 16th anniversary of the death of Igor Ivanov, who died of cancer at the relatively young age of 58. To Montrealers who remember Igor from the time he first moved to Montreal in 1980 and to others who had the privilege of playing him in tournaments, the term ‘legendary’ is perhaps the most appropriate way to describe him.

“I wrote the following article about Igor Ivanov some 8 or 9 years ago.  Even today is hard to believe that Igor is no longer with us.  Had he been alive today he would have been 72 years old and no doubt still playing the weekend chess scene!

Here is a 1981 photo of Igor playing the 1978 Canadian Champion Jean Hebert, who was the best french-speaking player in the world for a while. He got crushed too!
How good was Igor? I think the answer to that has to be prefaced by saying that Igor had a serious drinking problem (sometimes he would be found at local chess clubs under the table), and therefore, after a few years living in the west ,his chess strength declined as a direct result. And after about 1983 his results were never the same. That being said, the Igor that I knew in 1981 and 1982 was a great player! One of the best that I had ever played, and I include him in the group that includes names like Spassky, Tal, Shirov, Gelfand and Korchnoi.
I remember the young Alex Lesiege (who appeared on the scene after Igor had already gone to the ‘States) telling me that he had once played Igor in a weekend tournament in Quebec City (Igor came back occasionally to play in the odd weekend event) and that he crushed Igor easily.
That he was not so impressed!   Well, no doubt Alex did crush Igor on that day, but what Alex did not know is that Igor in the years 1981 and 1982 played a higher level of chess than Alex would never be capable of, even at his best! Igor was that good!

I always found Igor a difficult opponent. I believe that when he arrived in Montreal in the summer of 1980 I was the stronger player, but Igor’s experience in the tough Soviet School as well as his profound understanding of chess psychology gave him the edge!

I would often easily outplay him strategically, get a huge (often winning) advantage, but I could not beat him!   He showed his best when his back was to the wall.

Igor and I stopped speaking with each other for a long time after 1987. We both became victims of the idiocy that exists in Canadian chess politics.

In early 1987 John Prentice, the dean of Canadian Chess, died suddenly while on vacation (true, he was already in his 80’s , but he was quite strong physically) and certain unscrupulous individuals tried to personally profit by this.

Before either Igor and I knew what was happening, we both found ourselves needing legal advice. 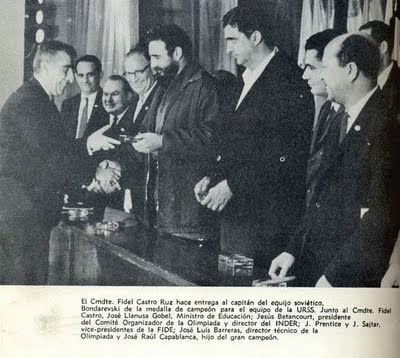 Around 1994 Igor and I started to speak with one another again. That was nice, but because I was living in Portugal by that time, we did not have too many opportunities to see each other. The last time I saw Igor was just about 1 year before he died (at the Canadian Zonal in Toronto in 2004).
I had a very nice chat with him one evening during the tournament. We were sitting on a bench outside the residences where we were playing, talking of some of our common acquaintances back in Montreal (we often fought for the same girlfriends!) . It was pleasant.
I remember, also, when talking of the 2001 attack on the World Trade Centre in NYC, Igor said that had that attack been on Moscow, then the Russians would have erased Bagdad from the map! Igor may have defected from Russia, but his soul would always be Russian…”
You can find more on Igor’s early life here
Share