Better not bend over…

THE CFC: WHAT IS THE NEXT MOVE?

SAY HELLO TO MIKE, PRESIDENTIAL HOPEFUL.  WHAT IS HIS PLATFORM? 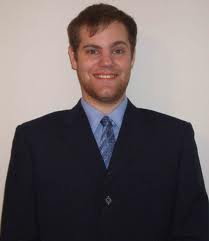 Should Mike von Keitz get elected president of the CFC later this month, then what we are looking at is about having pretty much the same type of  OCA dominated leadership as it was 4 years ago . Is this a good thing or a bad thing?  You decide!
SINCE  2007, the CFC has sold its condominum at loss; gave away its book and equipment business; eliminated its printed magazine–without reducing membership fees;wrecked its website and spent $18,000 on a new site that still has problems; wrecked its rating system;lost its charity status.  DID I mention that the CFC membership has also dropped significantly?

TO ME that sounds like a pretty good definition of our little organization  getting fucked in the ass!  Thankyou, OCA!

No pain, no gain?  Just nod if you agree…

BUT IT COULD GET EVEN WORSE:   should Mike von Keitz get elected president of the CFC, then volunteers, organizers and ordinary members will become targetted with/by a fanatical scheme of forced dis-enfranchisement.  Without using vaseline!  The CFC will become a private club: only those individuals that are members of affiliated clubs (recognized by the CFC) will be able to play in CFC-rated tournaments; only those tournament organizers that are affiliated with affiliated clubs will be allowed to organize CFC-rated tournaments. AND EVERYONE ELSE will be denied access to CFC-rated events.  National championships will be replaced by club-ladder championships.

The dis-enfranchised will have no rights, no choices. No tournaments.

FOR PRESENT DAY volunteers, organizers and ordinary members across Canada , von Keitz’ scheme requires a club-structure that does not exist in Canada.  Never has.  Never will, no matter how hard von Kietz’ dreams.  I predict that hundreds of fed-up members, dozens of organizers and volunteers will leave the CFC and join the FQE in the first year alone.
On the official CFC message board, HOWEVER, von Keitz is adamant: when he is elected president of the CFC everyone is going to get fucked up the ass without vaseline whether they like it or not!  Only the foreplay (ritual kiss) is negotiable…