OPPOSITION LEADER ACCUSED OF BEING
A ”BAD CHESS PLAYER”!
In Armenia chess is the national sport.  Every GM in Armenia is a national hero!  Chess is so important to the identity of this proud country that even the current president of the republic (Serzh Sargsyan) prides himself on being the president of the Armenian Chess Federation! 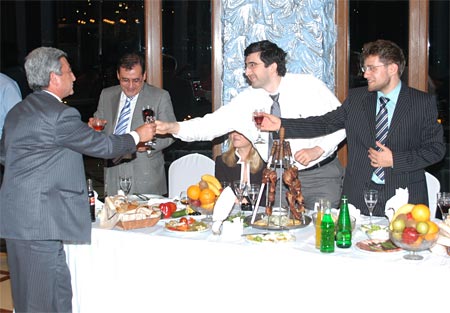 While I confess to not being up to parr on the latest  nuances in Armenian politics –my apologies to my many Armenian friends–I am aware of the intensity of the fight between the opposition group (ANC) and the ruling party (DPA) in recent months.  Just yesterday things came to a head when the president of the republic accused the leader of the opposition (Levon Ter-Petrosyan) of being a ”bad chess player”! 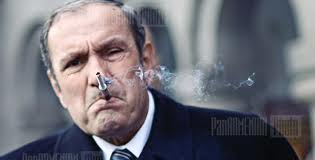 Ter-Petrosyan:  a bad chessplayer!  And he smokes too!
In chess-loving Armenia this is a serious charge!  It is like calling an American a ”communist”. Or a Quebec separatiste a ”Canadian”, or mistaking a ‘‘Calgarian” for an ”Edmontonian”!  Lawyers for Ter-Petrosyan are currently mulling over the possibility of taking Sargsyan to court for libel and defamation!
___________________________________________________________
Armenia’s first president a bad chess player
June 16, 2011
http://news.am/eng/news/63492.html
YEREVAN. – Time has shown that the leader of the opposition Armenian National Congress (ANC) Levon Ter-Petrosyan is a bad chess player, though he has been playing chess since his presidency to this day, leader of Democratic Party of Armenia (DPA) Sargsyan told a press conference on Thursday.
He stressed despite his years of experience as a chess player, Levon Ter-Petrosyan is unable to calculate a chess match.
“In this chess game the ANC was yelling that the authorities are meeting their demands and will do it in the future, but the authorities told the ANC not to rely on them in the future. Moreover, the Armenian authorities inflated the ANC’s potential on purpose.
According to Sargsyan, a political force lacking to bring together 30,000-50,000 people at the rally is not a force in the political arena. However, he did not rule out that the ANC will win 10-15% of the vote at parliamentary elections, if it is an ultimate goal of their political struggle.
The politician stressed that Ter-Petrosyan’s irrational strategy led to the split in the Armenian National Movement, the fundamental force in the ANC.
You can read more on this at link 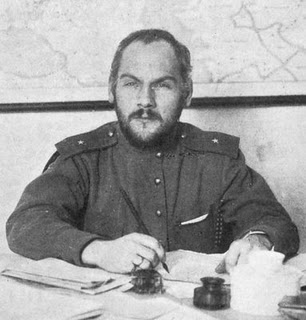 Accused , amongst other things, of wasting too much time playing chess in his office at the Kremlin
I wrote a blog article  entitled ” The bastard who re-shaped world chess” a number of years back.  Few today in the chess world are aware of the tremendous influence that  this lawyer-chessplayer turned Stalin henchman  had not only on the lives (and deaths) of tens of thousands of Russian intellectuals in the 1930’s at the infamous Moscow ‘show trials’  but also on why post-world war 2 came to be dominated by the Soviet Union. 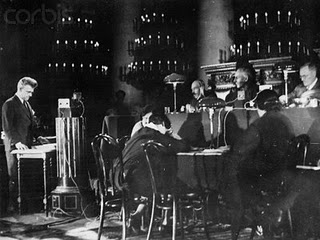 Krylenko master-minded the show trials that mesmerized the Soviet peasants, horrified the Soviet intellectuals and captivated the international media who sent hundreds of reporters to cover it.  Almost all of the accused were falsely charged , tortured savagely for weeks inorder to get confessions and then brought before the courts to be mercilessly sentenced in 20-minute public trials that were broadcast all over the Soviet Union.

An eye witness account that was published in the New York Times :
”Day after day the 3,000 constantly changing auditors have sat breathless under the spell of Krylenko, as he brought son to implicate father, blandished brother into betraying brother, and lashed an old technician who was accused of accomplishing the death of his housemaid until the wench suddenly turned up last week.”

Krylenko sent tens of thousands of falsely accused to their death.  When challenged that the death penalty was supposed to have been abolished when the Bolsheviks took power, Krylenko replied ”I only order them to be shot.  I don’t order their death!” 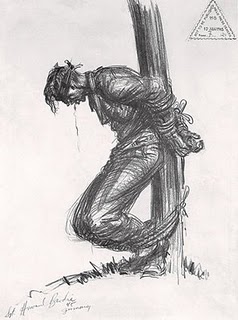 But one day in 1938 Krylenko’s time was up: he had made many enemies while climbing to the top and he was arrested.  Lacking valid reasons to do so, the prosecutor accused him–amongst other things–of playing too much chess in his office at the Kremlin!  Krylenko was tortured for 2 weeks before confessing.  At his trial–that lasted all of 20 minutes (!)–he denied his confession.
But it did no good!  He was taken out and summarily executed.  For the next few decades his name was removed from all official documents and his photograph erased from all official photos. His many achievements were forgotten….eventually his name was restored and his death sentence over turned.  Even a commemorative medal was created in his honour.
But he was already long dead…the readers should take a look at the story of the life and death of this remarkable man.
SPRAGGETT ON CHESS
Share